Zweihander is an ultra greatsword in Dark Souls 3. It is the longest weapon of its kind.
▼Article Continues Below▼
It does lots of damage and has a chance to knock enemies down, but it’s extremely slow. You can get it somewhat early on in the game. This guide will show you where to find Zweihander in Dark Souls 3, its stats and what it looks like.

The Zweihander can be bouhgt from Greirat for 6,000 souls. He only starts selling it after his first expedition, though. That’s the one that can’t be botched, so there’s no reason to worry. Just rescue him and send him on his way as soon as you can. He’ll return after some time with new loot, Zweihander included.

Description:
Ultra greatsword with a large, long blade. Wielded with two hands, yet still requiring great strength due to its weight. Execute powerful attacks that take advantage of its weight or utilize its sharp blade in thrust attacks.
Skill: Stomp 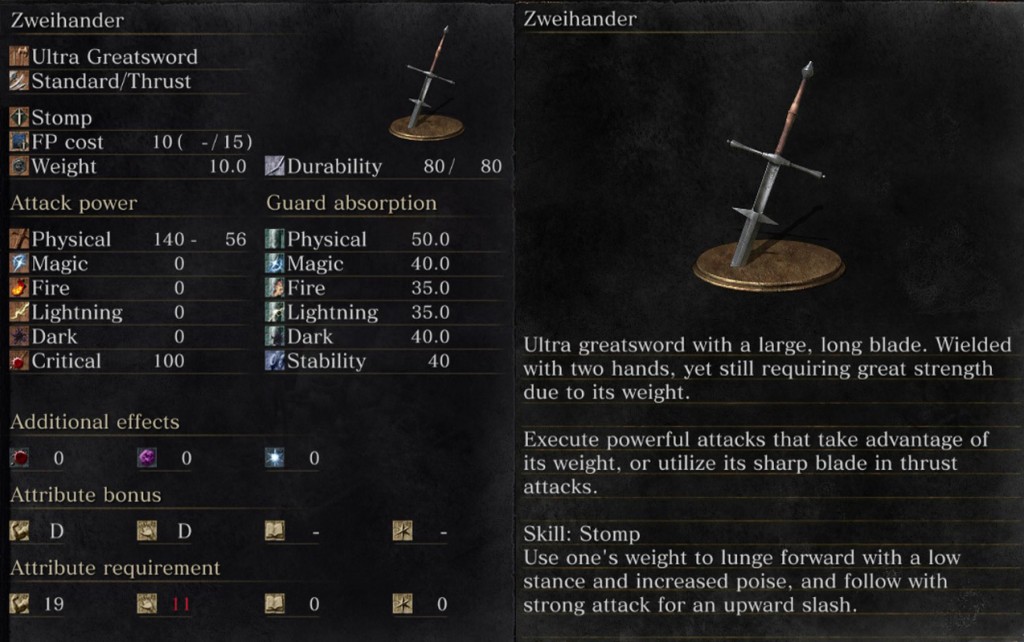 It does 140 base physical damage, scales with both dexterity and strength, although poorly at first (both Ds). You’ll need 19 strength and 11 dexterity to wield it properly. It has been a fan favorite for years now, thanks to its long range and the ability to knock enemies down with the heavy attack.