Greirat is one of the vendors in Dark Souls 3. He can join you at Firelink Shrine if you help him out.
▼Article Continues Below▼
Later on, you’ll get to send him out on expeditions to get new items for sale. If certain conditions aren’t met, he can die during those excursions. This guide will show you where to find Greirat in Dark Souls 3, how to free him, how to keep him alive as time goes on. 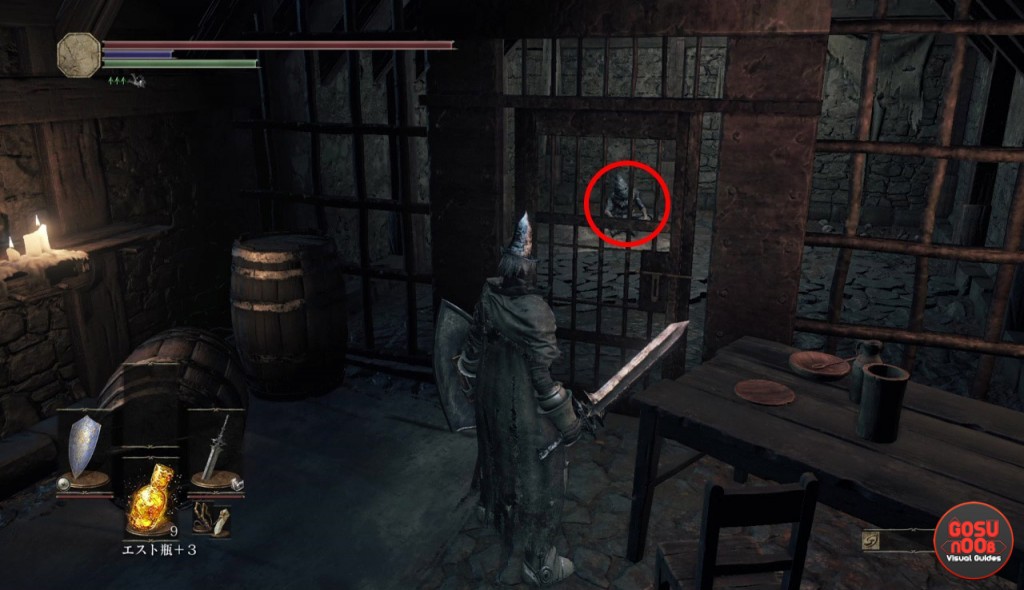 He can be found in the High Wall of Lothric, near the second bonfire. Descend the stairs into the tower and jump all the way down to the lowest floor. Follow the corridors into the kitchen, then make a sharp turn right and keep going until you reach a locked cell. Greirat will be inside.

His cell door is locked, so you’ll need to find the key. Go back to the bonfire, into the tower, then descend only one floor. Exit onto the terrace and jump to the rooftops. Go to the far right corner of the roof and use the ladder. Go through the door next to the ladder, and exit through the door on the opposite side. Go straight ahead until you hit a banister. Go down the stairs and into the building again. The key is on a corpse in the left corner, at the bottom of a set of stairs.

Once you’ve freed him, he’ll ask you to bring a certain ring to a woman named Loretta in the Undead Settlement. While exploring the area, you’ll find her remains. Bring Loretta’s Bone to Greirat in Firelink Shrine. He’ll let you keep the Blue Tearstone Ring.
Sending him out on expeditions will result in expanding his inventory. There’s a danger he’ll die in some of them, so you’ll have to take precautions.

You can send him on his first outing shortly after he arrives to the shrine. He’ll return once you’ve defeated the Crystal Sage, bringing a lot of new stuff, including:

After you’ve killed Pontiff Sulyvahn, he’ll offer to go on another scavenging hunt. There’s a chance he could die during this one. To save him, you need to have Siegward in Irithyll, in the kitchen. To do this, simply advance his quest until that point, but do not talk to him once you see him in the kitchen. Only then can you safely send Greirat on the second expedition. Say nothing to Patches if he asks about Greirat’s location. Here are some of the items he brings back:

As far as we’ve been able to check, there’s no way to save Greirat from dying on this one. If you send him out on the third expedition, he will die in Lothric Castle. The only thing you can do afterwards is collect Greirat’s Ashes and give them to the Handmaid. She will then start selling his inventory.

NEXT POSTJournal Entry Locations in Uncharted 4