Even the authors renowned for genre-bending and experimentation can be super cautious when explaining the nature of their games. Ken Levine famously insisted that the original Bioshock was just a SHOOTER, using ALLCAPS while simplifying the narrative and avoiding customer confusion that could have led to commercial failure. The cost of developing AAA games tripled (conservative estimate) since then, and many great studios are now much less willing to bet 50+ million USD for the sake of innovation. The age of remasters and reboots is upon us, and like Hollywood, Gaming is embracing the culture of recycling. Arkane, and Bethesda by extension, are having none of that. If anything, they seem to enjoy the buzz surrounding their latest, wonderfully weird experiment. 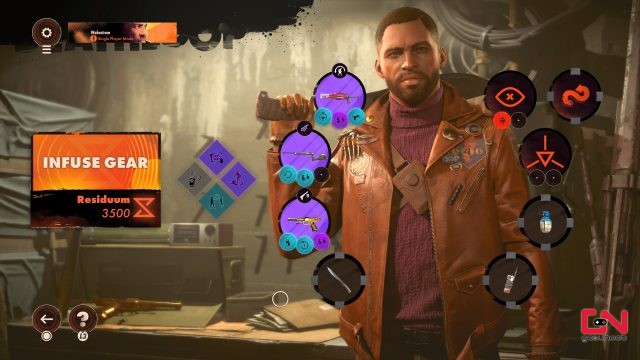 Deathloop is a brilliant game that defies easy classification. It represents the apogee of experimentation that started in Dishonored and was perfected in Mooncrash, excellent and non-linear/roguelike DLC for Prey that many people completely ignored. Deathloop, at its core, is a first-person shooter with light RPG elements such as upgradeable, weapons, and supernatural abilities; in that vein alone, it resembles Bioshock, but pretty soon, it surprises you with the series of intriguing twists that deepen its prospects.

It starts with a WTF

Deathloop begins at the beach, where our protagonist wakes up with complete amnesia. Guided by environmental clues, sticker notes explaining the basic stuff, and a voice of taunting young woman over the radio, he gradually realizes the depth of craphole he had fallen into. He’s stuck in the island retreat full of masked people willing to kill him because of some irredeemable transgression. It soon becomes apparent that he, Colt Vahn, was once a bigshot in this isolated community. Now ostracized because he wants out, Colt must fight for his life while figuring out how to escape. 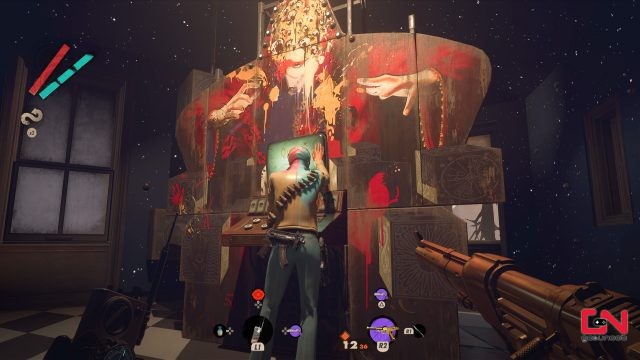 The first twist comes after they gun you down. The day resets, and Colt wakes up again on the same beach, but this time with intact memory of the previous day. The universe allowed Bill Murray to break the loop in Groundhog Day after proving that he can change his arrogant, self-centered ways. Colt Vahn has a requirement firmly engraved on the opposite side of the moral spectrum; he must liquidate seven key people that keep the loop effect going.

But who are those people, and why are they here? The island of Blackreef has unique supernatural properties that have attracted the attention of an influential crowd searching for immortality. Between a real and a pseudo-scientist, we have a crazy visual artist, ex-criminal turned music star, one neurotic game developer, and few other sociopaths hell-bent on preserving their closed-circuit, island dystopia. They also brought an army of disciples that cater to their needs and serve as cannon fodder for our hero. There is also Juliana, a mysterious young woman who occasionally interrupts your exploring via talking over the radio or trying to kill you when you least expect it. All of them are battling to preserve their faux-immortality that manifests as a single, ever-repeating day culminating with a big, lascivious party.

Economy of the killing

Blackreef Island is divided into four distinct zones, each existing as a separate, open environment full of secrets, mysterious installations, abandoned military equipment, and lots of (initially) closed doors. Each transition from one to another moves the day one quarter forward; by default, it seems impossible to reach all targets in the scope of a single day. You must, somehow, manipulate some of them to gather at the same place at the same time. Finding the clues and implementing various solutions for that „herding“ is the crux of the game. 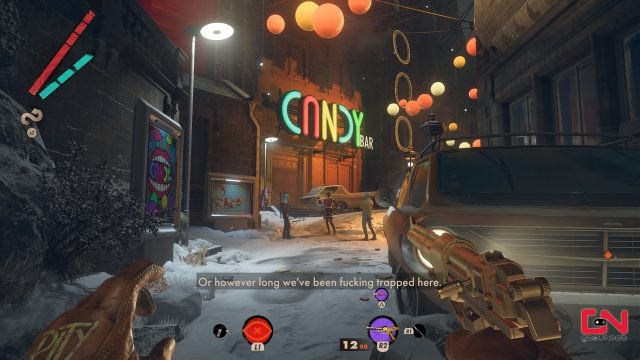 To achieve the required economy of the killing, you must explore the mini-storyline of each of those individuals. During several in-game days, you will dig up lots of dirt, learn their quirks and habits, and often kill them piecemeal for the unique gear they possess. Better weapons and various other augments are critical for smooth sailing through the game. After you unlock the technology for infusing the desired pieces of gear with Residuum, the passage of the day will no longer reset your arsenal. Residuum is the resource that you occasionally find in shimmering, glowing objects imbued with the energy of Blackreef anomaly. It’s relatively abundant, and you will never be pressed to grind the days just to find more. It will come organically.

That is not to say that game is bereft of grinding. It can be argued that its very nature depends on it, as all the clues must be manually found by exploiting opportunities day after day. Eventually, you will tick all the proverbial boxes and form a coherent plan, but until you gather all the info, lots of approach venues will remain closed to you. 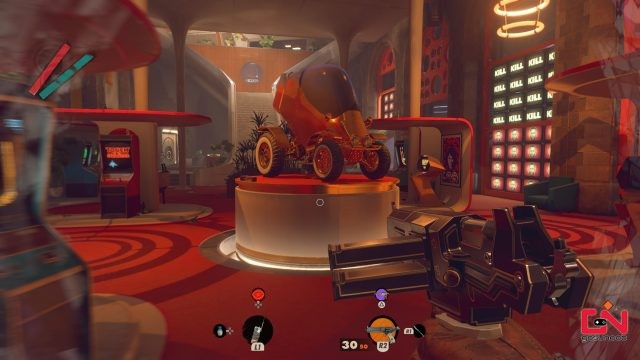 Although Deathloop offers many ways to manipulate and herd the key individuals (Visionaries, as the game, calls them), there is no procedural generation of any kind. I must, once again, refer to Mooncrash as, if not superior, then more advanced, more „hardcore“ experiment than Deathloop. Maybe because of that, almost no one played it. In Deathloop, the game itself will connect the dots for the player – you just need to physically fight or sneak your way to various spots that enable it to do that. The brilliant narrative that always moves forward and top-notch voice acting successfully masks that you can’t lose anything here. Sure, the day resets if you manage to die twice in the same zone, but for the properly equipped player, the overall challenge will be pretty insignificant.

That’s the reason you must play in online mode. It is on by default, and it enables other players to invade your game as Juliana, locking the exits and forcing you to deal with significant, truly unpredictable danger. The manner is similar to Dark Souls invasions, but if that’s not your cup of tea, you can turn it off completely. If you prefer a middle ground, you can limit the invaders to people from your friend list. Playing offline is much more relaxing, but for some, it will dampen the thrill considerably. 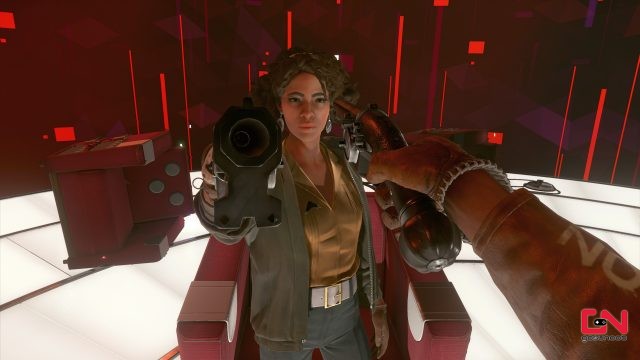 Deathloop is one of a kind game that offers the best of many worlds. It has a sleek aesthetics that evokes the golden sixties, for which it reminds me of No One Lives Forever; It has a wonderful, anti-utopian narrative that will delight every BioShock fan. There is a lot of DNA from Dishonored and Mooncrash, games that provided the conceptual prototypes for this grand experiment. It is really something, and you should definitely play it.

PREVIOUS POSTNBA 2K22 Shot Meter – How to Change & Turn Off