Those players that get Deathloop pre-order and deluxe items will want to know how to claim their stuff, such as the Machete, the Storm Rider Colt skin, various weapons and trinkets and the like. While the game doesn’t necessarily give you access to your stuff right away, they do give them to you relatively soon. However, there are a few other things about how the loadout menu works, as well as how to change Colt’s styles (or appearance). So, that’s why we’ve put together our Deathloop Pre-Order and Deluxe Items – How to Claim Machete, Storm Rider Colt Skin, Weapons guide, in which we’ll explain where to find and how to get these items.

Deathloop Pre-Orders not Showing Up

If your Deathloop pre-order and deluxe items are not showing up, there are two possible reasons. The first one is that you haven’t yet progressed far enough through the game to gain access to your stuff. By that, I mean you just have to make it through the mission called “The Longest Day” and get to the point where you can access your loadout, as explained below. You might have to be singed into your bethesda.net account to receive them, and have your Steam and Bethesda account connected. The other potential problem is that you tried accessing the items before the game launched in your time zone, and if that’s the problem, it should be gone by now. If neither of these possibilities applies to you, then I’m afraid only contacting support will really help. Good luck. 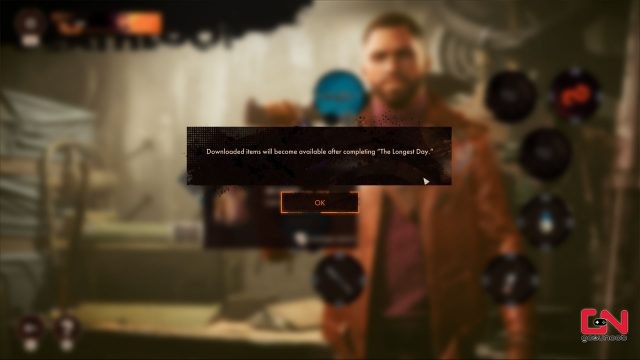 To find your Deathloop pre-order bonuses and deluxe items, aka the Stormrider Colt Skin, the Royal Protector Machete and the trinket if we’re talking just about the pre-orders, you just need to play through the game until you get to your loadout menu. That happens fairly early on, so you won’t have to wait for long. Once you enter the loadout menu, click on a weapon slot to bring up a list of available stuff, then equip the machete. As for the trinket, their slots are the diamonds on the left. Lastly, to change Colt’s skin, click on him directly.

To claim your Deathloop deluxe edition items, like the pre-order bonuses, you just need to push through the opening part of the game until you get to the point where you can mess with your loadout. From there, you can change your clothes, weapons, and trinkets as we’ve described above. Click on the Trinkets slot to get those, weapons slots to get weapons, and the character itself to change the outfits. Just as a reminder, here are the deluxe items you get in Deathloop.

To change Colt’s Styles in Deathloop, aka Colt’s appearance, you have to click on him in the loadout menu. I know I’m repeating myself, but I have to, because some people skip ahead. That said, there’s one really important thing to mention about both Colt’s and Julianna’s styles – aside from the pre-order and deluxe edition skins, the only way to earn other outfits is by playing as Julianna and raising your Hunter level. I, for one, am not overly happy about appearance changes being locked behind multiplayer, but then again, if you play single player only, who cares which outfit you’re wearing?

NEXT POSTTales of Arise – The Mysterious Pair