One of the many things being added into Destiny thanks to the House of Wolves expansion are new ships. There are rumors that we’ll get more than 40 new ships with the DLC, and Bungie have taken the opportunity to show us one yesterday, during their livestream tour of The Reef. 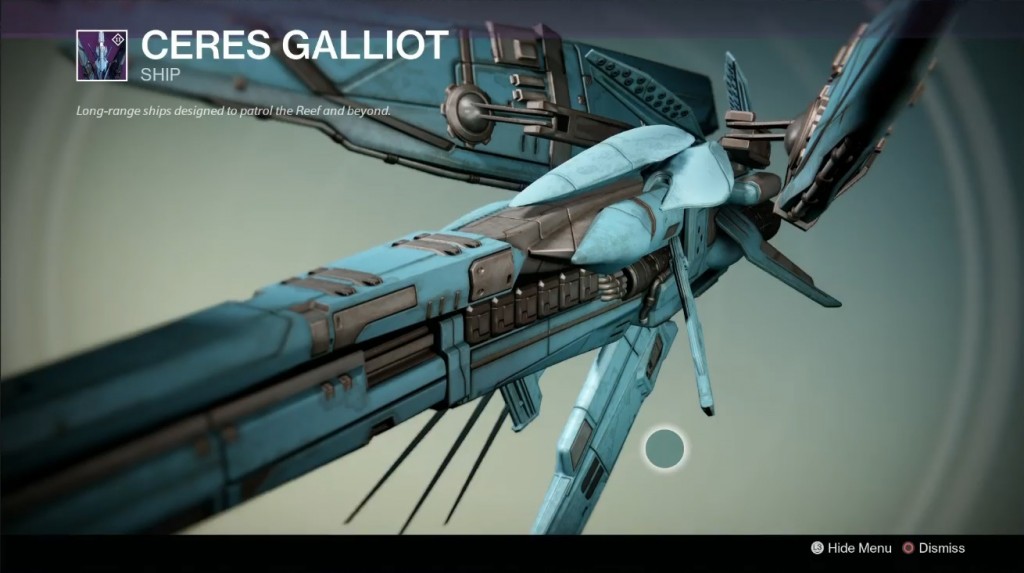 The ship they decided to show was Ceres Galliot, a “long-ranged ship designed to patrol the Reef and beyond”.
▼Article Continues Below▼
It sort of looks like a crossbow on that picture. Hopefully, it will look more space-worthy while drifting through cosmos. Sadly, ships still won’t have much of a function after the update.

If you want to know more about the upcoming expansion, be sure to take a look at the scheduled livestream tours. House of Wolves will launch on May 19th, on PS3, PS4, Xbox 360 and Xbox One.