Destiny’s new holiday event, The Dawning is live until January 3rd. There’s Sparrows to race, new quests to complete, winter-themed emotes and much more. Naturally, the inquisitive players of Destiny immediately started turning every stone in search for Easter eggs in The Dawning.

The most intrepid and incorrigible ones set their sights high – on Felwinter Peak. Guardians flocked to the infamous mountain of Iron Temple to solve the jumping puzzle. Rumors are abound. People are talking about snowglobes, Fallen nativity scenes. So, let’s ask the question. Destiny The Dawning Felwinter Peak – What’s on Iron Temple Mountain? Well… 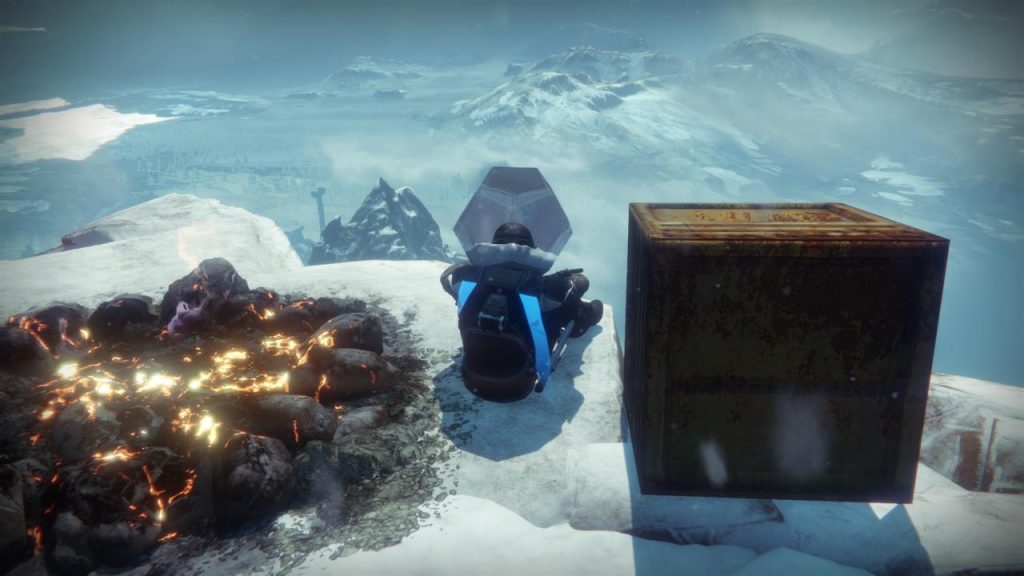 Is There Anything on Felwinter Peak in Destiny The Dawning?

So, let’s say you’re one of the brave and the bold Guardians, and you decide to attempt the Felwinter Peak. You want to check out the rumors about the Easter egg up there. Off you go, daring Destiny’s jumping physics in one of the most brutal and aggravating jumping puzzles. If you’re trying this on your own and having trouble, check out our Felwinter Peak Jumping Puzzle guide, or take a look at the embedded video below.

Slowly and arduously, you make your way up the vertical cliff. You brave the harsh elements and resist chucking your entire gaming setup out the window. Finally, you make it to the fire. You look around for your well-earned prize and…

There’s no snowglobe, and certainly no nativity scene. No Easter egg whatsoever. Oh, sure, there’s the Dormant SIVA and the friendly rusted metal box. Not a thing more. I’m so sorry to have to deliver this news to you, dear reader. As of now, there’s no reason to climb up Felwinter Peak, unless you’ve never been there and want to have the bragging rights that you did.

A huge shout out to redditor Gamekrang and his reddit post about climbing Felwinter Peak in Destiny The Dawning.