Nova Mortis is an exotic machine gun in Destiny. It was added during the Dawning event. It has 370 attack, does void damage and has some interesting perks. In order to get it, you need to complete the Songs from the Void quest. It’s a pretty straightforward list of tasks, but starting it can be tricky. In this guide, we’re going to show you how to get Destiny Nova Mortis, how to complete the exotic quest. 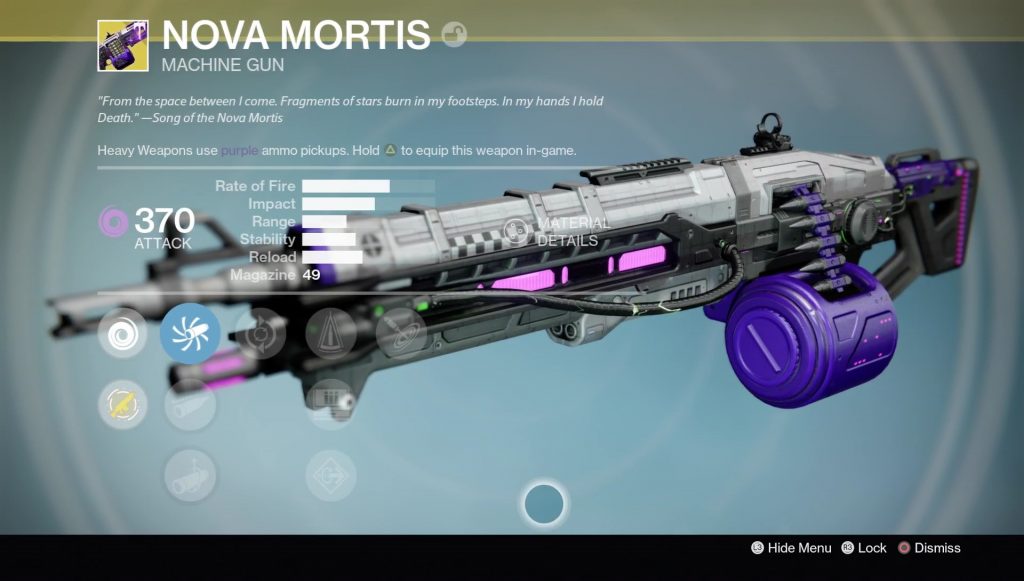 Before you get the quest, you’ll need to get rank 7 in the Competitive Spirit record book. This is pretty straightforward, and only requires you to do stuff you’d probably do anyway – Vanguard Elite milestones, sparrow races, etc. Once you’ve hit rank 7, you’ll get Xur’s Tag. Go to the Tower Plaza and use it to open the giant present (the middle one).

Songs from the Void exotic quest

Here are the steps you need to take in order to complete the quest:

The Nova Mortis has an attack rating of 370, a great rate of fire and a medium-sized magazine. It’s a great choice when you’ve got enemies that are weak to Void damage, or when you need to spray bullets to supress an opponent. Its stopping power is nothing to joke about, and the reload speed is adequate at the very least. We don’t know if this quest will stop appearing after the Dawning ends, so you should get your hands on the weapon while the event is still taking place.