Several people on Reddit have reported finding a secret room in King’s Fall raid in Destiny: The Taken King. It can be accessed during the second jumping puzzle, after defeating Golgoroth. Sadly, nobody knows what purpose it serves yet. In this guide, we’re going to show you how to enter the King’s Fall secret room. 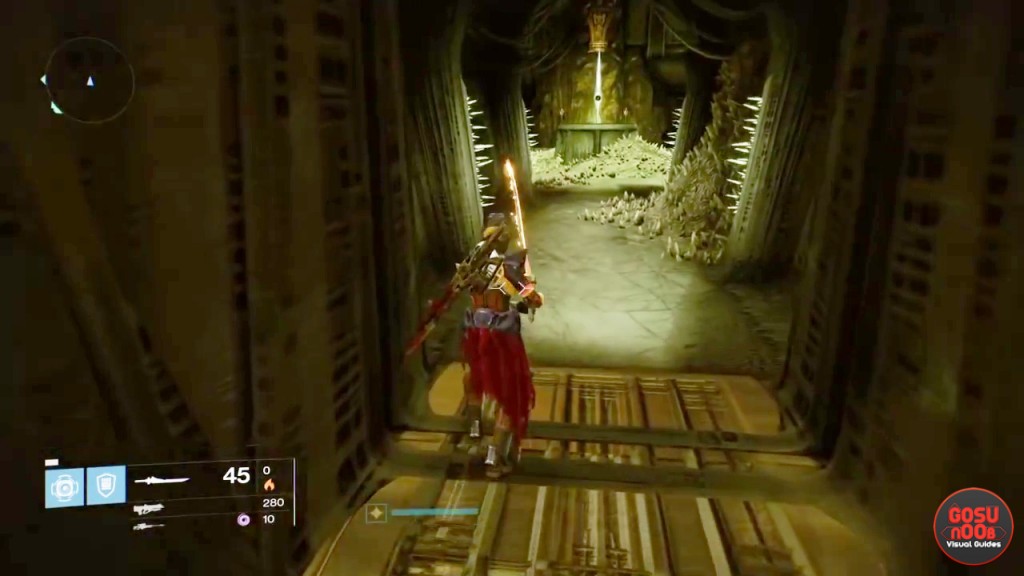 Once you’ve beaten Golgoroth, you’ll enter the Transept area. This is where the jumping puzzle takes place. There are 6 green light spikes here, which need to be activated in the correct order. When you stand near them, they’ll change color to yellow, which means they’re activated.

People are reporting two sequences that work for now:If the order is good, the pushing trap to the right of the entrance will activate. Stand in front of it (and a little to the right) and it will launch you across the chasm. After a little steering, you should end up in the secret room. Once the first person is there, platforms will magically appear to let the others join. Here’s a video showing off the jump.


The room contains some runes on the walls, a relic and a statue that can be used as a basketball hoop. Every time you score with the relic as the ball (using the vents as jump boosts), a rune on the wall will start emitting light. When all six of them are shining, everyone will get an Overcharge buff, which they loose as soon as they leave the room. The buff lasts for 20 seconds, after which the runes go dark again.

We’ll update the guide with more info as soon as it’s available.

NEXT POSTInfinite Money Glitch | The Witcher 3