Year 3 Thorn is an exotic weapon in Destiny: Rise of Iron. It’s the new version of the popular Thorn hand cannon, with more damage and all around better stats. You’ll have to finish a quest chain if you want to obtain it, and it won’t be easy. In this guide, we’re going to show you how to get Thorn exotic hand cannon in Destiny Rise of Iron, its stats and what it looks like. 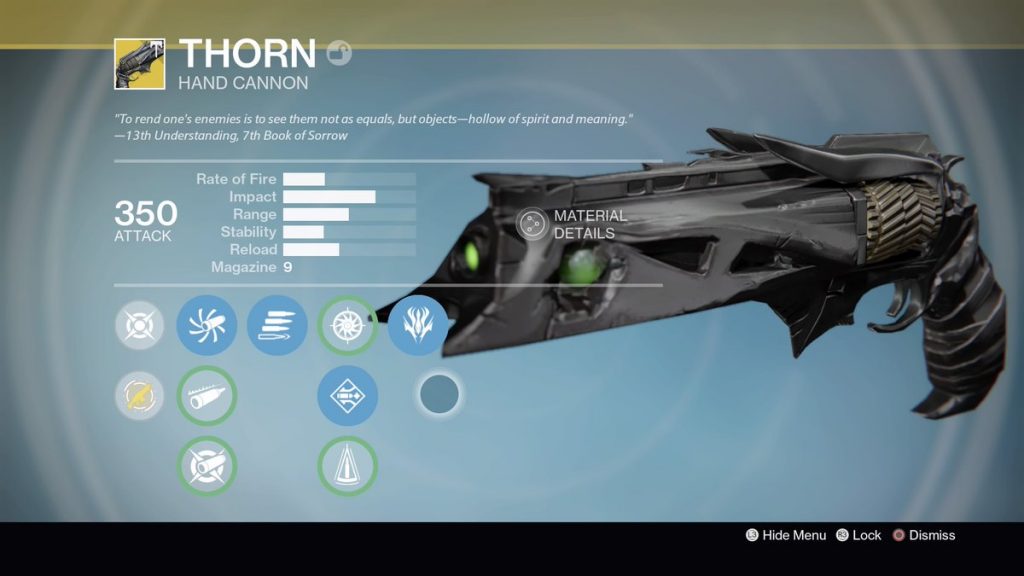 The hardest part of this quest is starting it. In order to get it, you’ll need to turn in bounties and hope for the best. Once the universe smiles at you, you’ll get the Thorn Exotic Bounty. Just keep doing bounties until it shows up – some people recommend Iron Lord bounties from Shiro-4, but anything works. The fun part starts after you get it. Here are the steps:

After all is said and done, you’ll end up with a 350 attack hand cannon with great accuracy and range. It also has a hefty magazine. If your aim is good and you want to make your headshots count, this is the weapon for you. And it is the best sounding gun in the game, bar none.