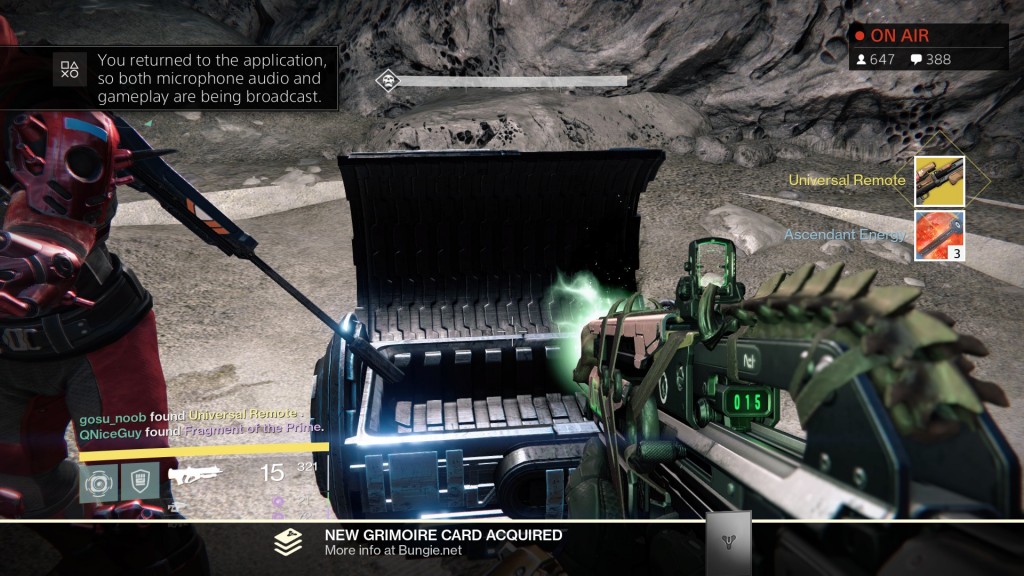 Destiny’s Vault of Glass raid has several treasures to be found by guardians. You are rewarded by ascendant materials and items when you go past a section of a boos fight or kill a boss, but there are also three loot chests hidden around the raid map that also reward both items and crafting materials.
▼Article Continues Below▼
If you repeatedly raid in one week and you killed the end boss already you will not get loot on your second run from killing bosses. That is why loot chests are quintessential for raid farmers because they drop loot even for those that cleared the raid once and have not had their raid cooldown reset. Locations of these chests are a bit hidden. One can be found right after you enter the Vault of Glass (after summoning the light spire event at the beginning) and other two are hidden in Gorgon’s labyrinth (dark maze where you are required to hide from detection). IF you are wondering what Vault of Glass is or what Gorgon’s maze is all about check out our Vault of Glass Raid Guide here.

Once you finish summoning the Light Spire (first event of the raid) go through the big circular door. Just follow the path and follow left hand turns to come across the loot chest in plain sight. You can see it in the video bellow starting at 5:55.

This loot chest is found after you defeat the Templar boss. We labeled it as fourth because its location was discovered after the other three mentioned in this article. There was some doubt about this chest’s location because after the initial report many said that it didn’t spawn for them. I had to verify this chest’s location for myself to include it on the page and video bellow proves that it does appear. This was a clean run of the raid so that might have something to do with the chest spawning or not.
After you defeat the Templar go left of where he stands in the first phase. There is a hole in the wall. This is the location of the so-called “Spirit Bloom” chest. This chest rewards only Spirit Bloom so many players call it that. There is actually a small hole in the ground in that room you can crouch through. Keep following the path downwards and at one point you will find yourself in a room that has a small cave entrance (so small that you actually have to crouch through it) and that is where you’ll find the hidden chest. After you pick it up you can keep following the path and that will take you to Gorgon’s maze chest no.1 (described in more detail bellow).

UPDATE: The way to spawn this chest seems to require you to defeat the Templar without him teleporting! This can be accomplished by “Cheesing” him off the ledge with warlock and titan grenades or by defeating him while preventing his teleport. To prevent his teleport you need to split into two teams. One team left of his starting position and one team right of his starting position. Relic bearer helps one of the teams with killing Minotaur and harpies until his ultimate charges up. Once you get Templar’s shield down and do damage a red teleport circle will appear at one of the locations (left or right – usually left first (left of Templar’s starting position while you are looking at him)). A person needs to stand inside that red circle until it turns white and run away from there because Templar will get pissed and start bombarding that place. Repeat this until templar is dead.

As you drop down into Gorgon’s Labyrinth, after defeating the Templar, turn left and there is a cliff you can jump up on top off. At first it might seem like there really is no way to get up there, but there are small ledges you can use to get to the top and then just follow the path to the chest.

Third, and final, loot chest in Vault of Glass is located inside Gorgon’s Labyrinth. From the point where you respawn, if you die inside the labyrinth, go straight and to the right (instead of left, where you would go to find the exit). Keep to your right and there will be only one crossroad where you take the left opening. You should arrive at a stone structure upon which is the loot chest. Much easier is to watch the video bellow to see exactly where you need to go.