You know when you’ve spent months and months just waiting for that ‘special game’; the one you really care about? Oh, sure you do. After releases like XCOM 2 and Uncharted 4, there really wasn’t much out there on the mainstream video game scene that interested me personally. Well, apart from Deus Ex: Mankind Divided (DEMD), that is. Games like Deus Ex give you choices. Mind you, having branching missions and facing decisions in a big-budget video game is considered a rarity these days, and developers are going to be the first ones to tell you why. The main reason, of course, is having a game that doesn’t go in one direction, but several possible ones, and for devs that translates into quite a lot of planning, designing, programming, and many, many hours of additional crunch time. It’s like having to work on several games within one game. The end result, however, is far more rewarding for players, because in-game actions have actual consequences. 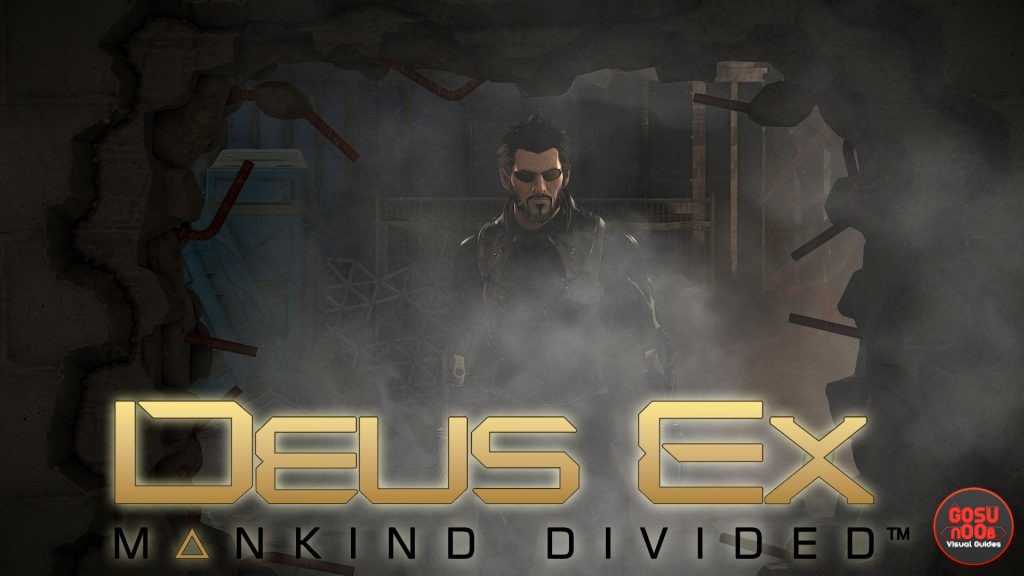 In the previous installment, Deus Ex: Human Revolution (DEHR), you play a heavily augmented extremely cool dude with even cooler cyber-shades on his eyes. He’s called Adam Jensen, and you can turn him into a brutal, ruthless killer or a stealth non-lethal goodie-goodie who sticks to the shadows. Every situation can be approached from a different angle. The philosophy behind this is very important. As you move through a new, breathtaking sci-fi world, having a choice imbues the whole experience with a sense of drama and suspense. DEMD takes things a few steps further.

It’s been two years following the “Aug Incident,” which occurred at the end of DEHR. During this event augmented humans unknowingly received implanted tech that turned people into human proxies. Those responsible for this despicable act are known as the Illuminati – a shadowy organization bent on steering the course of mankind as it deems fit. Subsequently augmented people were labeled as abnormal humans and were completely shunned by society. Once more, Adam Jensen finds himself in the middle of this global chaos. He used to work as the head of security for Sarif Industries, one of the biggest global suppliers of augs. After the Aug Incident though, Adam left Sarif Industries. In Mankind Divided, he works for Interpol to capture a terrorist group of augmented humans. Our story starts in the year 2029, in Dubai, as Adam drops into action with anti-terrorist group Task Force 29 to assist a fellow agent and to learn more about how the terrorist group operates. 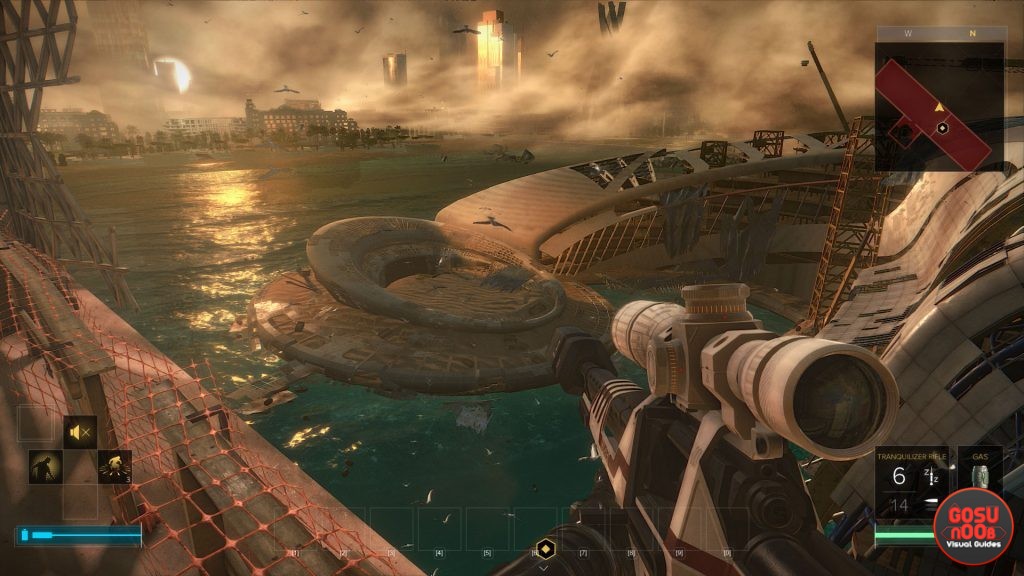 Before I go any further, let me just make things clear. Anyone who enjoyed DEHR is sure to notice that, gameplay wise, anything that was good in the previous game has made a return in MD or has been polished and improved. One of the most obvious improvements comes with the excellent level design. The areas — most notably Prague — offer a great number of ways to deal with obstacles. For instance, when you arrive at a police checkpoint in Southern Prague where a particularly annoying police officer refuses to let you pass, even if your papers and ID are in order. He will ask for a lot of money or require you to make a new ID. In this particular situation players can try to find a way around (there are several options for that). You can get to the bottom of the issue by discovering why and how fake IDs are being made – and there are a few different courses to take during that particular side mission. You can sneak past, blast your way through, take the diplomatic option, take things slow, you name it. Again, that’s what Deus Ex was always about: choices. In that sense, DEMD delivers on its promise.

It was immensely enjoyable to go around both Prague and Utulek complex. There are so many different ways to complete each section, thus tremendously increasing one’s desire for replayability. 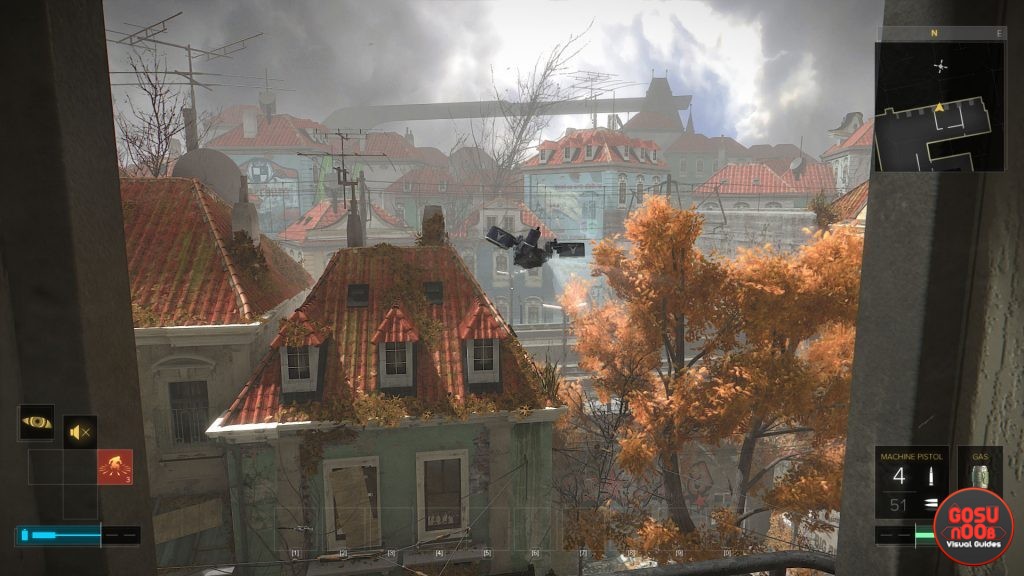 During certain missions I spotted inconsistent AI behavior patterns. Sometimes opponents become suspicious after noticing even the slightest movement or action, as Adam steps into a forbidden area. On the other hand, sometimes you can toss a large cardboard box into a sentinel’s face and he won’t so much as budge. In addition to that I ran into some very buggy ragdoll physics. When dragging the bodies of enemies around a corner, the bodies often get stuck on obstacles like walls, staircases, etc. Also, I did experience 2-3 crashes in my playthrough, but that was it and bear in mind that I’ve put several days into playing the game.

Technical issues aside, having played the PC version, I must say that I found most of the game quite beautiful to behold. We’ve tested the game on a relatively modest rig (well, modest by today’s standards) – Intel i5 4670, with 16GBs of RAM, and strengthened with a GeForce 970 GTX GPU. Everything was maxed out and it ran damn-near smoothly, with the occasional framerate drop when the game had trouble loading a larger area of the city that was crammed with a lot of NPCs. 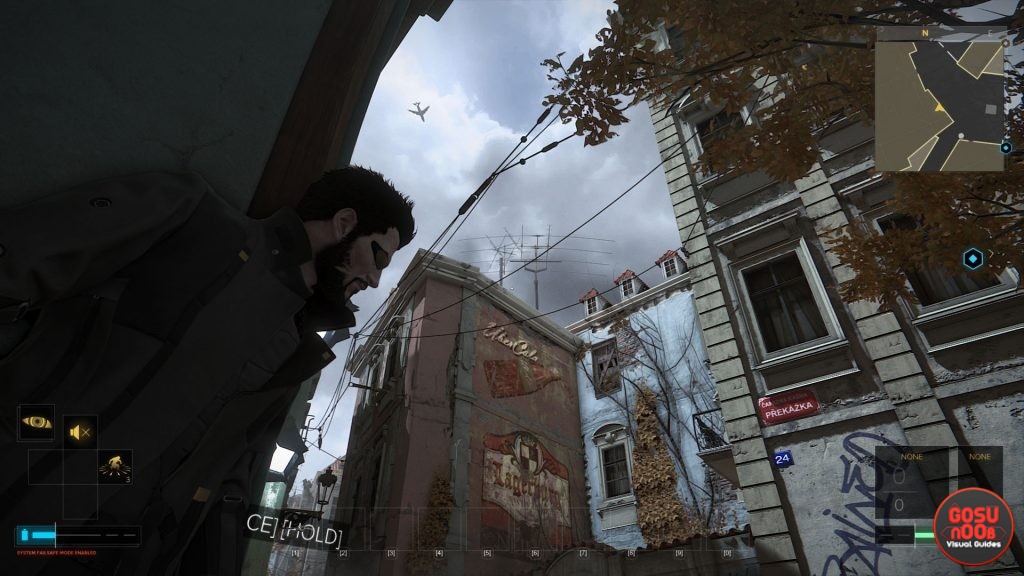 My only gripe that sort of killed off my enthusiasm was the completely sudden ending of the game. After that, I’m fairly convinced that the writers were forced to ditch what was clearly meant to be a bigger and more personal story, involving Jensen’s past. Listening to the dialogue and going through all the side missions simply won’t give you an entirely clear picture of what the hell went down. Instead of finishing on a kind of cliffhanger, they ought to have wrapped things up properly. Certain segments in the dialogue veer off towards tedious military-style jargon, explaining who’s been serving where for how many years and sitting behind a desk after being a veteran and… ya know, blah blah. These are bits when the story steers away from what makes Deus Ex special, which is humanity’s greatest struggle as it faces the challenge of amalgamating body to machine. Characterization is a bit on the weaker side as well. Most of the NPCs seem bland and a lot less interesting than those we met in DEHR.

When all’s said and done, Deus Ex: Mankind Divided is a massively thrilling experience and will probably be a great slice of gaming for those who are introduced to the setting for the first time. Toning down on the Bladerunner-ish noire feel, the talented artists and designers at Eidos Montreal brought a very cool new touch to the dark cyber-punk aesthetic by introducing the daylight areas of Prague. Spicing things up even more are composers Michael McCann and Sascha Dikiciyan who have made yet another memorable selection of electronic music themes that fit Adam Jensen to a T and also go splendidly with the overall ambiance. 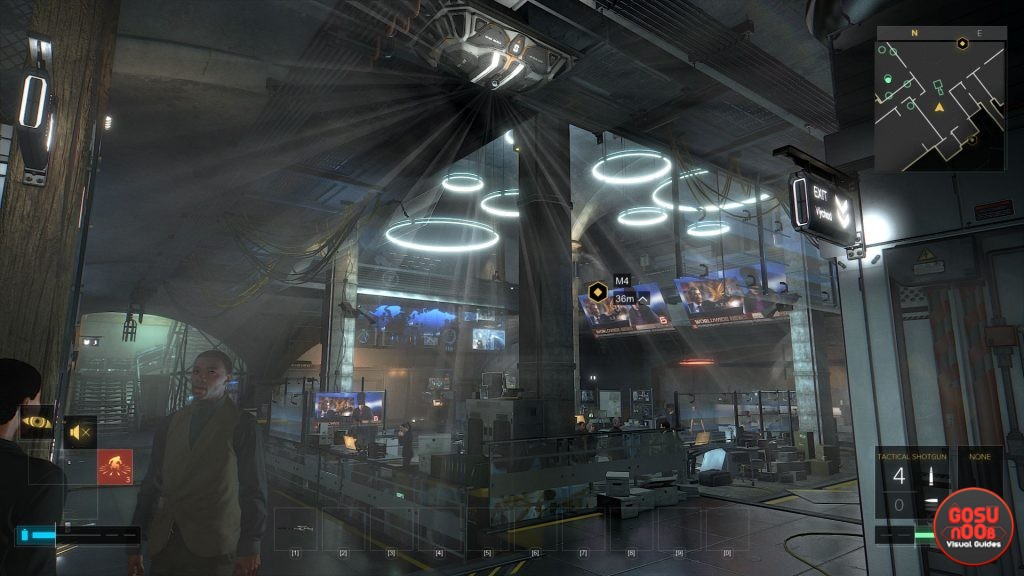 Speaking as a fan of Deus Ex: Human Revolution, I cannot say I’m entirely pleased with how things were handled in Mankind Divided – well, story wise anyway. Jensen has surprisingly few personal attachments throughout the story. It’s almost like he doesn’t care that much about what’s going on anymore. I want an epic sci-fi storyline where your character makes a major difference in the larger world and I want satisfying closure. The writers somehow failed to connect the whole story with Human Revolution. There’s a huge narrative gap between the two games and that probably won’t go down too well with fans. Sure, you can compensate by buying the soon-to-be-released DLC (“System Rift”), but I’m not sure that will be enough. Breach is a nice little extra, but really nothing noteworthy.

Nevertheless, these complaints don’t change the fact that the gameplay mechanics are very, very solid, making this yet another exceedingly enjoyable sci-fi themed sneaker that makes you want to play it several times over, just to explore other options in each given situation. In other words, even when you’re finished with the game, it somehow always feels good to be back. Each time I find something I’ve missed. For that, I will always enjoy the Deus Ex Universe.