You are not sure why you can’t enable Ultra graphics in Diablo Immortal despite having a flagship smartphone model? Diablo Immortal had an early launch this Wednesday for mobile devices. While that was certainly a pleasant surprise for many, things weren’t going as smoothly as developers hoped for. Numerous bugs and issues surfaced soon after the launch. Some of them are game-breaking, but others are mostly annoying. For example, many players are wondering why they can’t have more than 60FPS in Diablo Immortal. Here’s what we know about this issue. 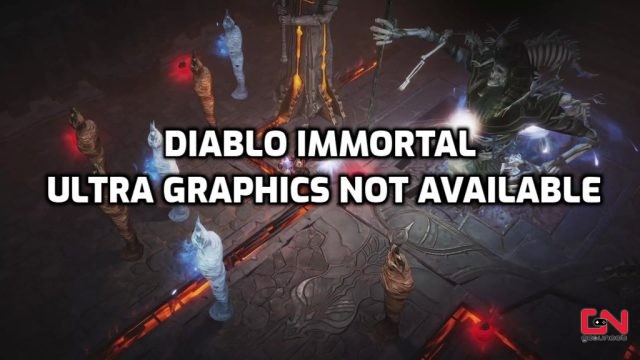 On mobile devices, Diablo Immortal has four graphics presets that players can choose from – low, medium, high, and ultra. However, when many players try to change this in the in-game settings, they receive the following message: “Device does not support this feature”. While this might seem reasonable for some low-level phones, the same message pops up even on devices with great specs.

Unfortunately, either due to a bug, oversight, or simply bad optimisation, a vast majority of phones currently don’t support the Ultra graphics setting for Diablo Immortal. According to the official Bugs report thread on the Diablo Immortal subreddit, this preset can be enabled only on “some iPads and PC” at the moment. Naturally, this has many players confused, because their high-end smartphones can run numerous games on Ultra, but not Diablo Immortal. Even some that are arguably much more demanding in terms of system requirements.

The same goes for the 60 FPS setting – not many devices are currently allowed to choose this option. And when it comes to 120 FPS, this option doesn’t even exist in the Graphics settings menu. For now, Blizzard hasn’t officially commented on this. Thus we don’t have an official confirmation if this is a glitch or a result of subpar optimisation. We will update the article as soon as we have more information.