Bonecharms are mystical objects in the world of Dishonored. They are created from the bones of the whales and other animals.
▼Article Continues Below▼
Spread out throughout Dunwall and Karnaca, players will search for them as an optional objective. Every bonecharm has a unique effect on the user, changing and improving his abilities and constitution. In the world of Dishonored, they are banned and illegal, as the law considers them witchery. This time around, we’ll be able to craft them ourselves. In this guide, we’re going to show you how to craft Bonecharms in Dishonored 2. 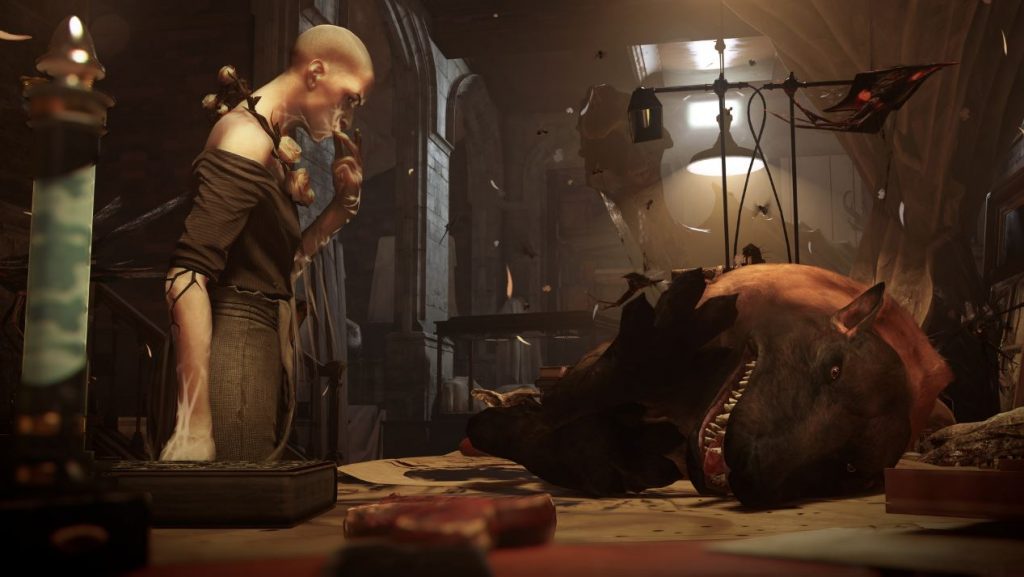 Note: This guide is a work in progress. We’ll update it with more info once the game is out.

There are several kinds of charms in the game:

How to craft bonecharms in Dishonored 2

There is a new system in Dishonored 2 that lets you craft your own bonecharms. Every bonecharm you find can be dismantled. When you do destroy a charm, you’ll learn its traits. After you’ve found some raw whale bone, you’ll have the chance to craft your own.
As you upgrade the charm crafting power, you’ll be able to make stronger charms. You’ll first unlock more trair slots (up to four), then the ability to stack traits. For example, when at max level, you can use up all four slots with a trait that gives you the ability to jump 5% higher, for a total of 20% more jump height.
Be wary, though – there’s always a chance you’ll create a corrupted charm, which is a waste. According to the developers there are around 400.000 charms, when you factor in all the traits, with the maximum number of slots and the ability to stack. Tough choices are ahead of you.