Emily and Corvo are both playable characters in Dishonored 2 with unique sets of powers. Those powers were granted to them by an Outsider – a manifestation of Void that represents the source of all magic. Not much is known about that being, but he marks the people that he thinks are able to change the world in any aspect, good or bad.

Corvo is very well-known to us, and we know that he used otherworldly powers to move throughout the first game. Emily is now grown up, since 15 years have passed, and has her own set of powers. Unlike the first game, there is not just one upgrade for the power. Every power now branches out, forming the tree of upgrades. You can’t upgrade all the powers in one playthrough. Powers can be linked together. Here is the full list of powers for Emily and Corvo. 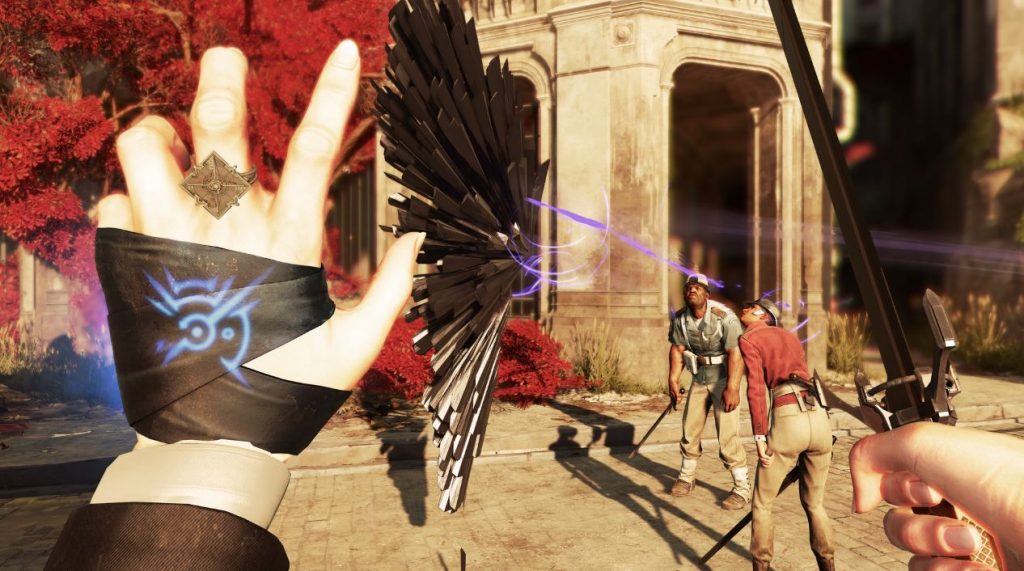 When given a choice – you can say NO to the Outsider and play without powers. The highest difficulty setting in the new Dishonored game will have players traverse through the world without any of the special powers that are normally available. You will have to rely only on your gaming skills as you run, sneak and kill in the this playthrough that will be reserved only for the most hardcore players.

NEXT POSTF2P Gwent Tips and Strategies