Bethesda used this year’s Quakecon to show off a new demo for Dishonored 2. It consisted of a high-chaos approach to a mission in Karnaca’s Dust District, playing as Corvo. They’ve also released a batch of new images from the game, unrelated to the demo. 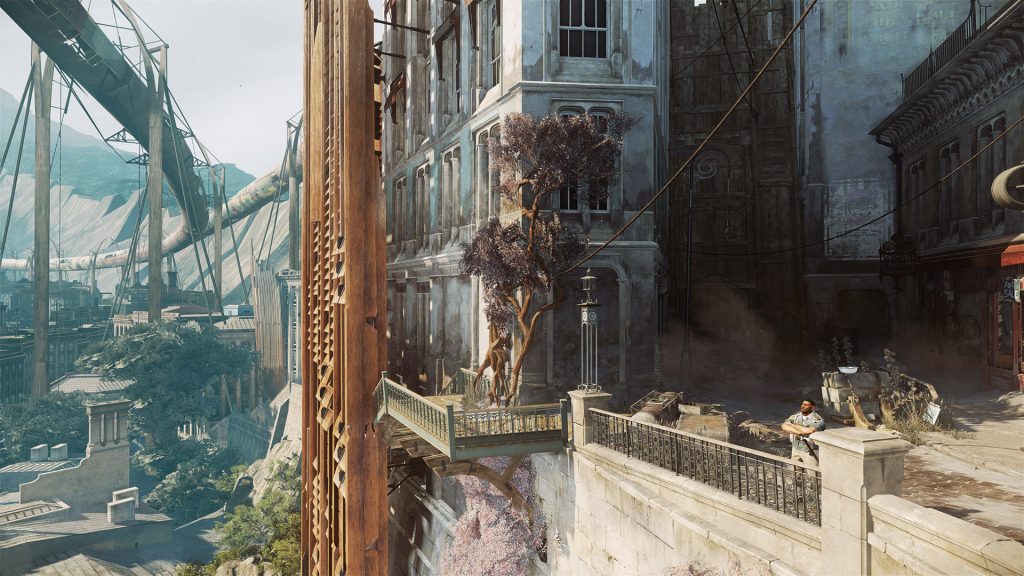 It looks like this time around, Corvo will be better equipped to deal with enemies in a murderous way. Much of his powers have been tweaked to allow for more combat possibilities. For instance, you can now use Blink for a couple of special attacks, like slamming into an enemy. The time stop skill will allow you to not only freeze everyone in place, but also move time forward in small increments while it’s stopped, so you could plan out and perform a complex chain of attacks.

This isn’t to say stealth is taking a back seat – Corvo will get new non-lethal moves as well, like a drop attack and a choke. Presumably both characters will share the same move set, with only the special powers being different, but there’s no official word on it yet. The images they’ve released show off a calmer side of Carnaca – a vista of the city, some fancy interiors and exteriors, and a couple of characters.

Dishonored 2 will be released on November 11th, on PC, Xbox One and Playstation 4.