Dishonored 2 is a first person stealth action game in which you play an assassin out for revenge. It’s the sequel to 2012’s Dishonored, and the story continues on with the same characters in a different mess. It’s going to give the players all the tools needed for killing, and a chance not to use them. Here’s all we know about Dishonored 2 – the plot, the characters and locations, the new powers and items and more. 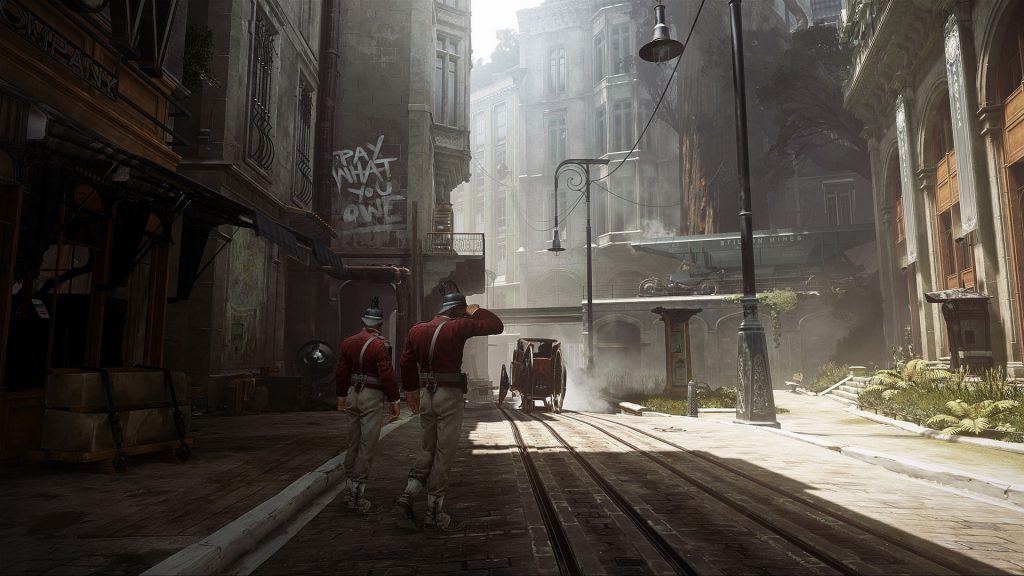 The story takes place a couple of decades after the events of the first game. Emily Kaldwin is empress, while Corvo Attano, the protagonist of the previous game, still acts as Lord Protector. Soon after the game starts, Emily is dethroned by an undisclosed usurper. She decides to take matters into her own hands (and Corvo’s) and reclaim the throne. The answer lies in the coastal city of Karnaca, which is where most of the game takes place.


Players will get to choose between playing as Corvo or Emily. Apart from the obvious differences in character, they will also have different powers at their disposal. The Outsider has taken an interest in Emily, so there will be no shortage of supernatural gimmicks on her part. Little is known about her unique abilities, but much of Corvo’s powers from the first game will be making a reprisal – blink, possess, etc.

One of the main pulls of the series is the choices it presents you with. You can approach every mission in several ways – you can go in guns blazing, indiscriminately murdering everyone who even looks at you the wrong way as loudly as possible. You can quietly snuff out anyone who stands in your way, leaving others be. You can sneak your way to the target without harming a single soul.

Like the first time around, your choices will influence how the story pans out. Killing people will increase Chaos, which will in turn make subsequent missions more difficult. It will also affect the dialogue between the characters, and in all probability, the ending of the game itself.

Collecting Runes scattered around the levels will let you upgrade existing skills and unlock new ones. If you’re in for a particular challenge, you can refuse the Mark of The Outsider, going through the game relying only on your wits and your steel. Your arsenal is sure to include a pistol, a crossbow and a knife – not much is known beside that.

The city of Karnaca is completely different to Dunwall – different architecture, different flora and fauna, different infrastructure. The only thing that’s the same are the bad guys.

It’s inspired by Mediterranean cities, a coastal hillside town bathed in sunlight. It isn’t plagued by rats, but it is by bloodflies. They use dead bodies as incubators for their eggs, so the more you kill, the more you’ll encounter them. The city is fueled entirely by wind, with large windmills covering the hills and rooftops, harnessing the power of coastal gusts and gales.

Missions will presumably involve at least some of the unique features of the city. One that was showcased included a sandstorm which allowed the player to move more freely along the rooftops, certain the guards won’t hear or see them while squinting against the flying dust.

The Hearts is going to be back in, helping you find stashed loot across the maps and giving you insight into the characters roaming the city streets. Another gadget we’ve seen that lets you peel back the layers of Karnaca is a time-warping glove. It allows you to see snippets of the past and transfer yourself back and forth, giving you unique insight as well as exciting opportunities.

Dishonored 2 is going to launch on November 11th, on PC, Playstation 4 and Xbox One.