Chelsea is the first area you’ll visit in The Division. There are 21 collectibles to be found there, of all four kinds – phone recordings, incident reports, survival guides and ECHOs .
▼Article Continues Below▼
Collecting them will give you more insight into what happened in New York. This guide will show you where to find all intel collectibles in Chealsea. 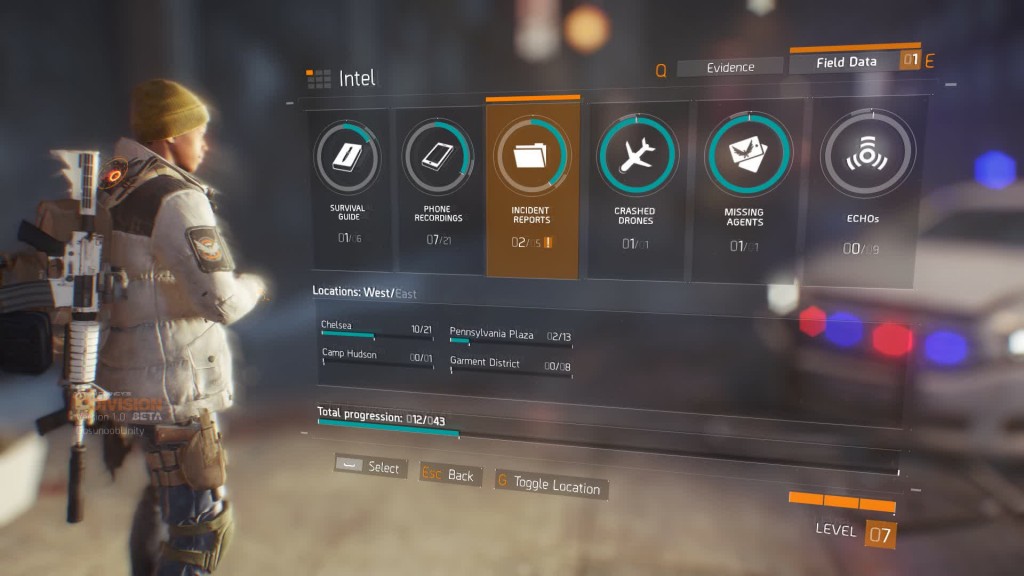 Note: This guide is constantly being updated. We’ll finalize it with precise locations of the items once the game is out.

Echoes are like 3D photographs with sound, with a lot of information. They are snapshots of certain moments in time, like a clash between the riot police and looters, observed by a civilian bystander.

ECHO (Invitation)
The final ECHO collectible in this region is located in a building east of Chelsea Park. You can only get it after you’ve completed all the main missions. It will show up on your map as soon as you pass near it, but you won’t be able to get it until the game takes you there.

Incident Reports are transcripts of events that happened after the catastrophe, like bandits preparing to rob a rich family. They’re mostly used for portraying the rioters and looters.

Phone recordings are similar to standard audio logs. You’ll find smartphones all around town, with various messages recorded onto them, like a man calling a radio station to voice his opinion on the ongoing crisis.

Survival guides are pages ripped from a survival training book, with notes and messages from certain characters scrawled onto them.

NEXT POSTHow to Change Gear Stats in Division