The Division has launched and some people are experiencing problems with it. Error reports are slowly popping up all over the internet. Common issues are beginning to appear – some of them can be fixed with simple workarounds, while others require the developers to patch the game. This guide will show you a list of all the errors & problems in The Division, as well as how to fix them, if possible. 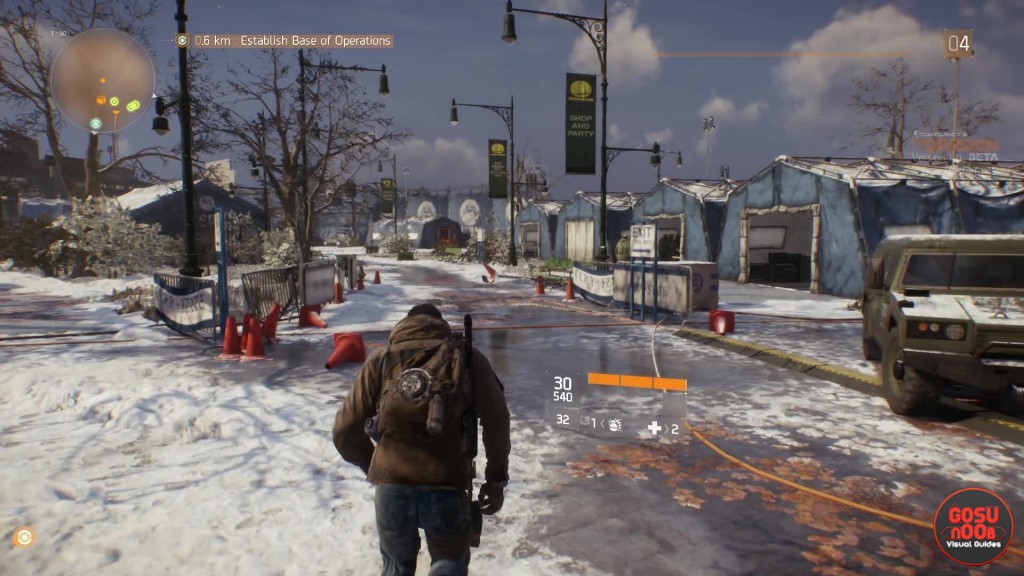 Note: The top errors in this article are related to the full game, while those towards the bottom are from the beta. We’re leaving them in case they start reappearing.

Some PC users are reporting getting a black screen when starting the game and being unable to progress. When this happens, all you should do is press Alt + Enter. This will switch the game to windowed mode and make it work as intended. Once it’s running, you can change the resolution from the menu. Keep in mind that this is a bit more stressful for the hardware, so you might have to lower some graphics settings if you want to keep the flow (depending on your configuration).

If that doesn’t work, you can try another workaround:

Stuck in Prologue Bug in The Division

Some players are reporting getting stuck after finishing the mission in Brooklyn, not being able to leave for Manhattan. If this happens to you, there are several things you could try:

Many people are reporting having trouble activating their agents in the safehouse. When trying to use the computer, they don’t get any new missions or notifications. If you’re having this problem, you could try restarting your console and starting the game again – this could place you in a different instance. The issue seems to be with the number of people, pushing each other and interrupting the activation process. It will either go away once the first wave of players moves on, or will be patched by the developers.

White Screen after launching The Division

Some PC users are reporting getting stuck at a white screen after launching the game. According to Ubisoft’s tech support, this is an indication your computer doesn’t meet the system requirements for playing the game. There’s nothing you can do about it, short of upgrading or completely replacing your rig.

A lot of players are reporting the game starting minimized after launch. Being unable to maximize the window or do anything else with it makes it unplayable. There are several things you could try if this happens to you:

Resolution problems in The Division PC

If you’re having a problem where only part of the game screen is being shown, these are the things you could try:

The Division Sound Issues on PC

PC users are reporting various issues with the sound in the beta. There are two things you could do, no matter what kind of trouble you’re having with the audio:

Mouse buttons not working in The Division Beta

Many PC users are reporting mouse buttons refusing to work in the game. Here are some solutions that have worked for others:

If you’re trying to play on the PC, and you keep double-clicking the shortcut without anything happening, try running it in compatibility mode. Find the .exe file for the game, then do this:

Some players are reporting the inability to loot chests in the Dark Zone. When approaching them, nothing happens – no button prompts, no pop-up to say a key is needed. Like the chests cannot be interacted with. If you’re having this problem yourself, you could try restarting the console. Other than that, there’s no help. The developers are aware of the issue, and are hopefully working on fixing it.

Another common problem, the Red Screen happens randomly after the death of your character. You respawn at the checkpoint, and the screen starts developing a red tint. Soon enough, you can’t see anything thanks to it. The solution is to restart the game. Simply logging off then back on has helped some people, but turning the game off completely is the only sure workaround for now. The problem never really goes away, but the developers have been notified of this, so a fix is probably in the works.

A certain number of people have received beta codes from Nvidia during a giveaway. Some players are reporting getting the “Invalid code” message when trying to redeem those. There are a couple of things you could try:

The Division Beta Stutter and Framerate Issues on Xbox One

There have been reports of stuttering and framerate drops on Xbox One, described as similar to when a game loads a new area on the fly. People complaining about them said they go as mysteriously as they came, and there’s really no way to fix them. Since there’s nothing to be done about it, you might as well relax and enjoy what you can.

Cannot Stream The Division Beta on Xbox One

The Division Beta cannot be streamed via Xbox One at all. When you try to do via the Twitch application, it will throw out an error with a string of numbers in the name. Don’t waste time trying to fix this – it cannot be done. Xbox One automatically prohibits streaming of all games labeled as beta, and this is no exception.

The Division Beta Won’t Start on Xbox One

Some people are reporting not being able to play the beta on Xbox One despite buying the game. The console informs them they don’t own the game when they try to run it, or asks for a disc to be inserted. Here’s how to get around this problem:

If you’re experiencing performance issues with The Division beta on PC, there are several steps you could take to assure you’re making the most of it:We’ll be updating the guide with more information about the issues as the beta progresses. Stay tuned!

PREVIOUS POSTHow to Trade Items in The Division