Ubisoft has sent word that The Division open beta, which took place over the weekend, attracted an insanely large number of people. They’ve broken the record for the “biggest beta ever of a new IP on current generation platforms”. 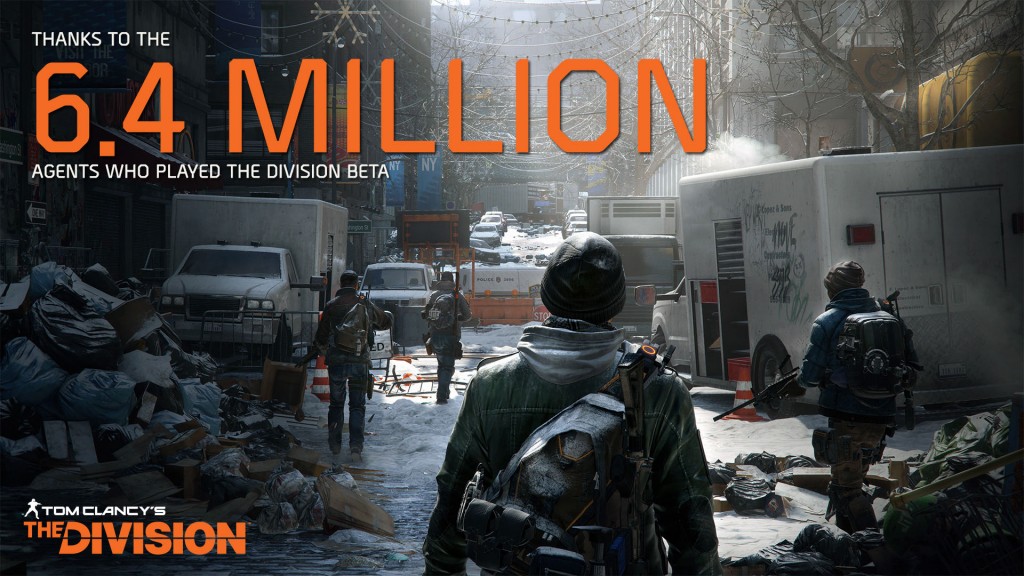 The number of people who decided to dip their toes topped at 6.4 million across the three platforms. The average play time was a bit under 5 hours. More than a third of that was spent in the Dark Zone, the game’s PvP environment. Time spent in the DZ was around 2 hours across the board, with about half the players going Rogue at some point.

Here’s what creative director Magnus Jansen had to say:

We want to thank the millions of people who joined in on The Division’s Open Beta. We hope everybody enjoyed playing, and we think the beta is going to help ensure a great launch for the game. We’re looking forward to everyone getting their hands on the full game when The Division is released on March 8th.

Tom Clancy’s The Division is going to be released on March 1st on PC, Playstation 4 and Xbox One. This open beta was the only chance to try it without buying, so we hope you had a chance to give it a go.

NEXT POSTHow to Get Winter Clothing | Far Cry Primal