Perks in The Division upgrade the player’s inventory, increase the effects of consumables, provide various additional slots, etc. Like it is with skills and talents, there are three types of perks: medical, tech and security. What makes them different is that Perks do not have to be equipped. They become active as soon as you unlock them. This is done by upgrading specific wings in the Base of Operations. Note that there is no limit. You can use all 40 of them at once. This guide will show you a list of all perks in The Division, what they do and how to unlock them. 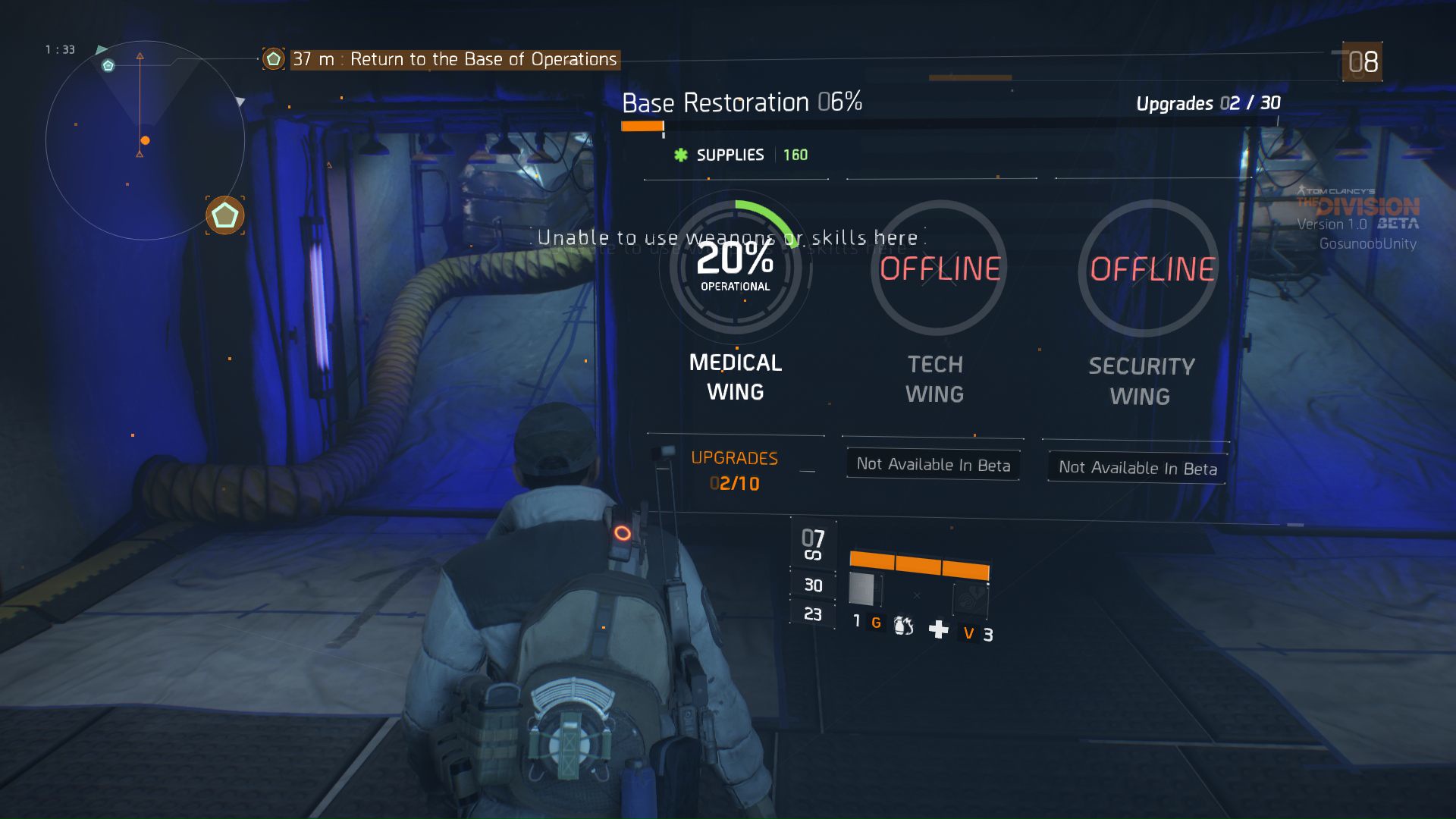 Medical perks play an important part in your game survival. By upgrading your medkit inventory or virus protection level, your character gets a chance to become stronger and travel further. Additionally, if you upgrade everything in your Medical Wing, you get an extra slot for your talents.

Tech perks offer you help with crafting, storing and increase the effects of your consumables. By building everything in your Tech wing, you can even gain 10 additional stash slots. This means you will be able to extract more items from the Dark Zone.

Security perks will, among other things, unlock various vendors in your Base of Operations, boost your XP, and make your bullet effects last longer. The top perk is unlocked when you build everything in the Security wing and helps you scavenge more efficiently.

NEXT POSTClothing Item Farming | The Division