Ubisoft announced that a fictional survival guide called New York Collapse will accompany their upcoming game – The Division. The book will provide a backstory with various handwritten comments and diary entries. Inside the book, the readers will discover various removable artifacts and secrets about the game. This meta-novel will help the players experience The Division’s story to the fullest extent. 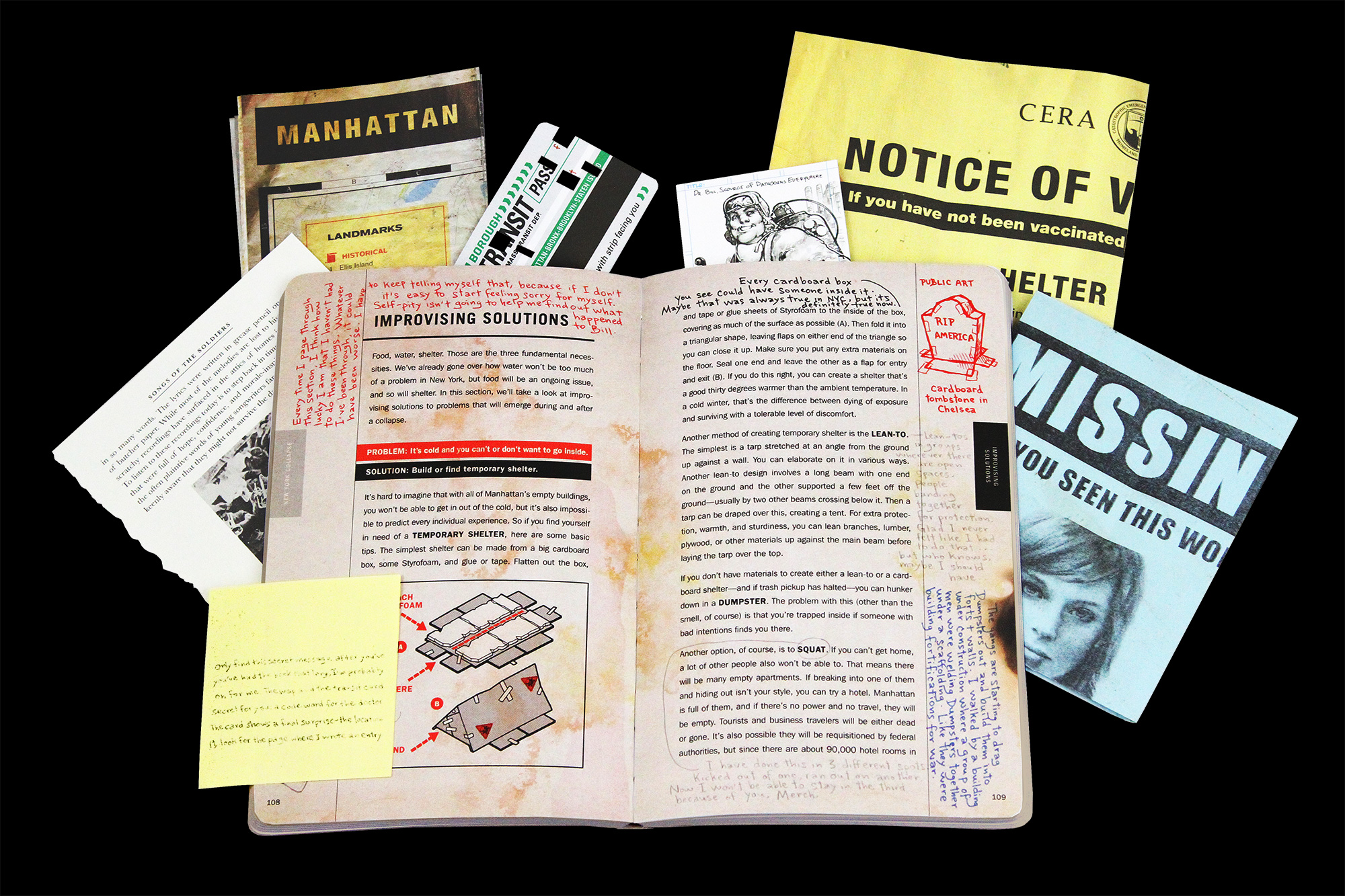 The book can be divided into two layers. The first one is the actual survival guide. It deals with potential real life problems in a post-apocalyptic world. Among other things, the guide will teach you how to purify contaminated water, close your wounds with glue or catch fish in Central Park. You will even learn how to dispose of a dead body. Besides that, the author will give you a detailed timeline of the city’s collapse, just in case you need it.

The second layer of the book consists of various handwritten sections. According to the story, a real survivor owned the guide, so you will see various comments and diary entries throughout. Based on that, you will be able to construct a much larger story behind the game. The players, however, will mostly be interested in the game secrets hidden inside the book. The removable artifacts like the city map, poster, flyer and others will contain clues that the players need to find.

New York Collapse will be released on March 8th, together with the game. It will include 7 removable artifacts, so make sure you find them all.

NEXT POSTThe Division Won’t Have Microtransactions