The Ubisoft Club app has been updated, revealing new info about The Division. Things that have been made public include rewards, actions and badges. There will be more than a dozen things to spend your Uplay credits on, as well as eight actions which will reward you with them. 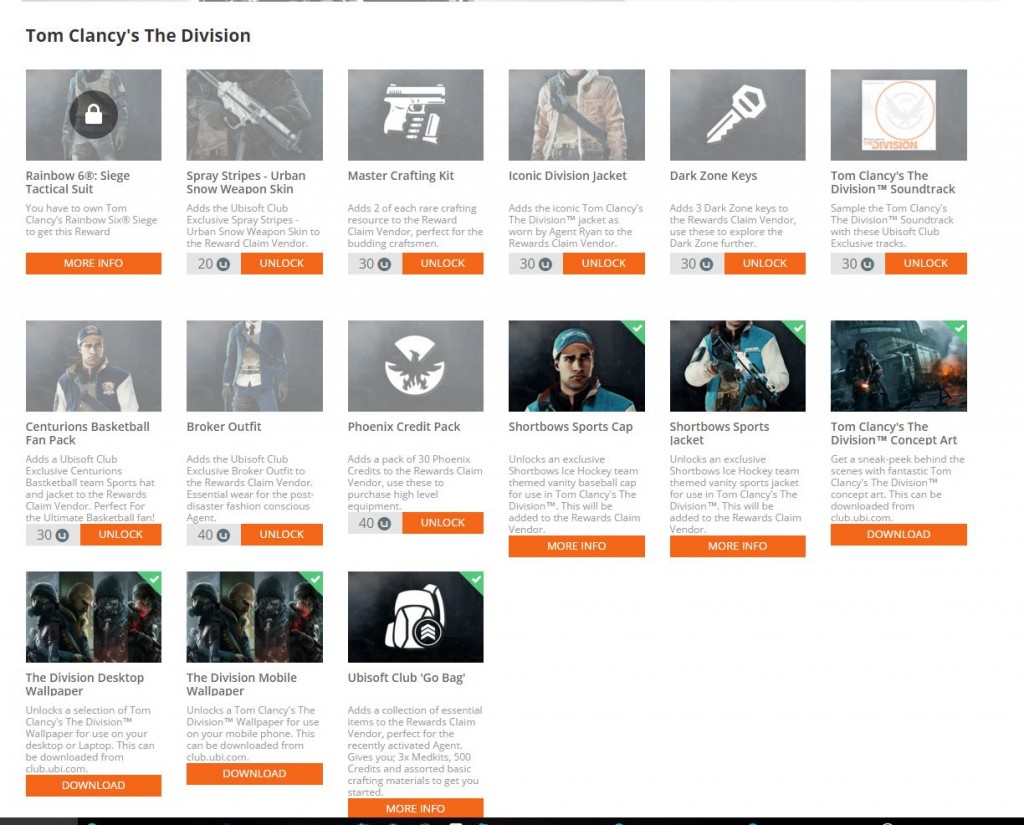 Rewards are in-game items and bonuses you can unlock by spending Uplay credits, a currency earned by playing Ubisoft games on Uplay. They can include outfits, weapons, crafting materials, or digital extras like wallpapers and music from the game. Here’s a list of the ones revealed so far:

Also revealed were the actions – in-game achievements which sometimes reward you with Uplay credits. Here are the ones that carry credit rewards with them: