Tom Clancy’s The Division update 1.7 brings major new features into the game, including loot boxes. It is going live today after server maintenance ends. The Survival DLC will also be free for those who don’t own it from August 18th-20th.

Loot Boxes in The Division

Loot boxes (or Encrypted Caches, as the game calls them) are one of the new features included in update 1.7. They contain unique appearance items, emotes and skins, organized in collections in the Vanity tab. You can get these loot containers from the Premium Vendor in the terminal. In order to open one, you’ll need a Cipher Key.

Cipher Keys can be created from 10 key fragments that are available as regular drops, but you can also purchase them from the Vendor with Premium Credits. The credits can be purchased with real money, from the in-game store and online shops like PlayStation Store, Xbox Games Store, Uplay Shop and Steam Store. Ubisoft have published an FAQ about Premium Credits on the official site.

The full notes are aroud four thousand words long – beside the new features listed below, there are minor changes, fixes and more listed here. 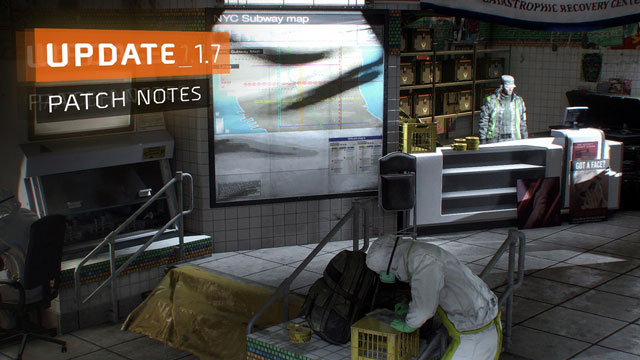