The super gory festival of anti-demonic giga violence is back, and like the Doom games of Old, it ought to be sold with a big red warning sign. But this time, the warning should not be about its violent nature, which is globally no longer a big deal (even US senators mostly skip that topic), but the core mechanical systems of the game. Most people, both “civilians” and long time gamers, are historically preconditioned to perceive Doom as an epitome of shooting action. Mental images of double-barreled shotguns, exploding demons, heavy metal music, and non-stop action are etched in our collective psyche. Doom is DOOM, the industry standard for first-person shooters, the great progenitor of most games of this type. For all other follow-ups in its genre, Doom has historical significance that can be compared to the one “Star Trek: The Original Series” has for Sci-fi TV shows. 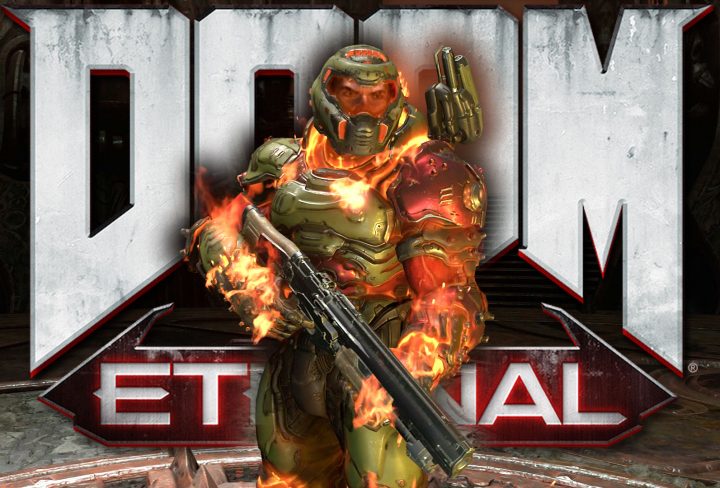 Now I want you to imagine Star Trek rebooted as a mixture of space exploration, a post-modern study of humanity liberated from prejudices of its violent history and … a dating simulator. This experimental third part of its identity makes sense only in the mind of a young millennial showrunner, who passionately believes that experimentation, any experimentation, is a virtue worth pursuing, no matter the cost. While you are still in a projecting mode, try to picture a fusion between first-person shooting and 3D platforming gameplay, and you’ll get a somewhat accurate depiction of Doom Eternal.

Doom Eternal is taking way, WAY too many liberties with verticality and platforming. It goes so far that you could say it’s a pure hybrid of platforming and shooting, more akin to Tomb Raider than its predecessors. Most players would not expect that, and I guess they will have mixed feelings about their new purchase. But Doom is DOOM, with capital everything. Its creators have generated too much goodwill with the 2016 reboot, so they probably won’t suffer the same fate as Tim Schafer did with Brütal Legend. Do you remember that controversy? Tim ate a ton of FLAK because he “dared” to introduce some real-time strategy elements into what was perceived and advertised as a pure action-adventure game. But even if the case of mistaken identity is far more severe with Doom Eternal, most criticisms won’t penetrate the force field of cool that the Doom franchise projects around itself. 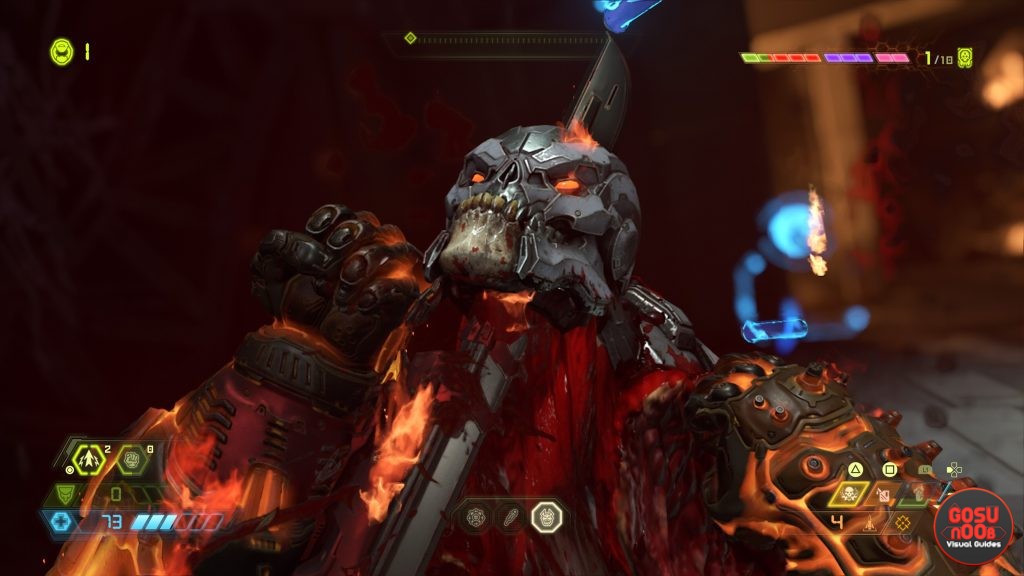 Let’s get back to that in a moment. The most important new (and good) thing about the game is the redesigned shooting mechanics, which is now more tactical than ever before. Doom Slayer is carrying a lot less ammo than before and demons are much deadlier, even on the lower end of the difficulty settings, so gunplay revolves around two major elements – unloading weapons into demon bodies and dancing around them for glory kills and chainsaw dismemberment, which provides health and ammo, respectively. Almost every demon (at least all the major ones) now has a weak spot, which can be exploited and/or destroyed. When you shoot off a gun turret that Arachnotron carries on its back, you turn it from a long-range menace into a short-range annoyance which could be dispatched with ease; when you shove a grenade into Cacodemon’s mouth, you will stagger it for a moment, preventing it from closing the distance and biting your ass off. 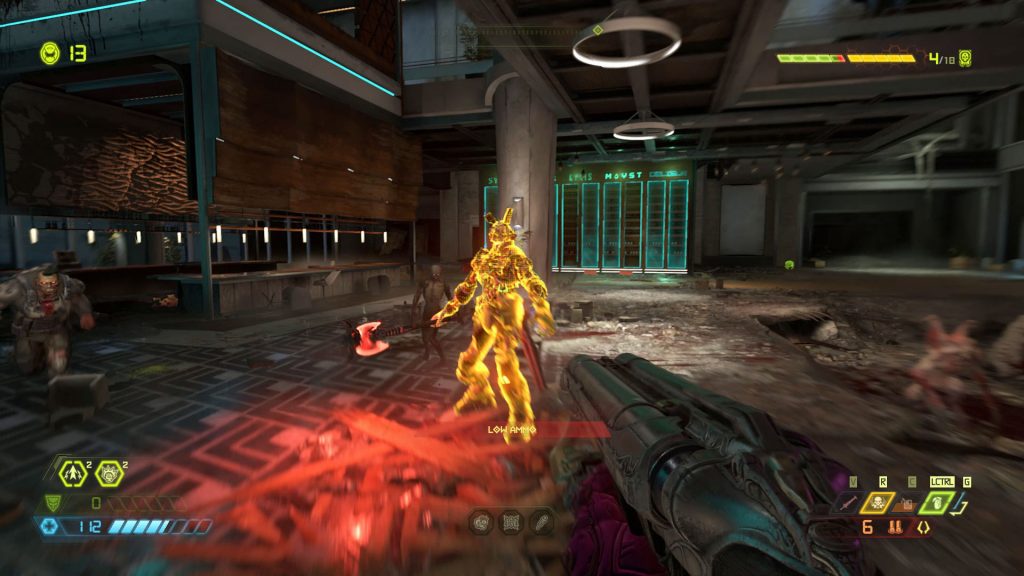 Staggered flashing demons that are almost, but not quite, killed provide an opportunity for a glory kill, which replenishes your HP. This gameplay mechanic is even more important than in the Doom (2016), and the same goes for using a chainsaw to replenish ammunition. Chainsawing requires fuel, a rather limited resource which refills itself to some extent – each saw swing that procures ammo takes 1/3 from the fuel gauge, and that prevents you from having, basically, unlimited ammo by virtue of spamming. Each of these mechanics connect into a tactical dance of death in which situational awareness regarding exploitable weakness is equally important as precision with a firearm. Add into that your flamethrower that makes demons on fire drop armor on kills and you have a trifecta of game mechanics that refreshes the new formula and brings it to a new level.

Judged by the quality of pure combat, Doom Eternal is a real winner. Cutting demons with a chainsaw or glory killings in close proximity are animated in a fantastic way and are evidently designed as the key element of the game’s marketable identity. The PEGI 18 rating should be taken very, very seriously, especially if you are playing the game in a house quarantine, in the vicinity of children. 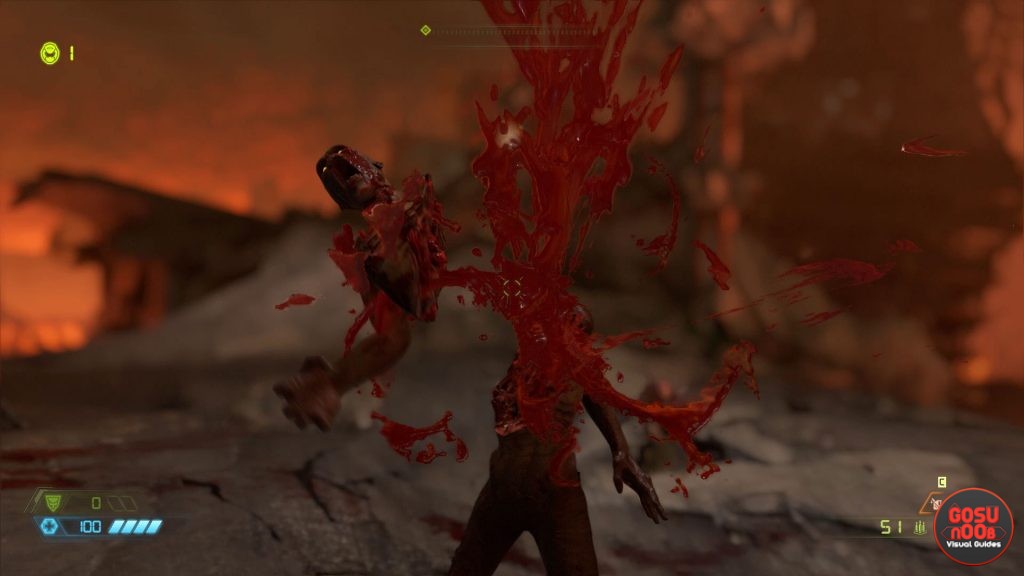 Unfortunately, for every shooting arena, you can expect a follow-up in a form of a long platforming section. In order to beat them, you’ll need a different kind of situational awareness, the one you perhaps haven’t used since Prince of Persia days. Double jumping (also new) onto disappearing platforms, grabbing monkey bars and lunging into grabbable walls and other gymnastics feels very predominant, turning the game into a hybrid FPS shooter/platformer. If that is your cup of tea, you will high-five yourself and everyone else around you. If it’s not, you will be slightly to moderately pissed. Thankfully, Doom Eternal is an exploration heaven, full of secret areas and collectibles, which provide motivation for all that acrobatic action. 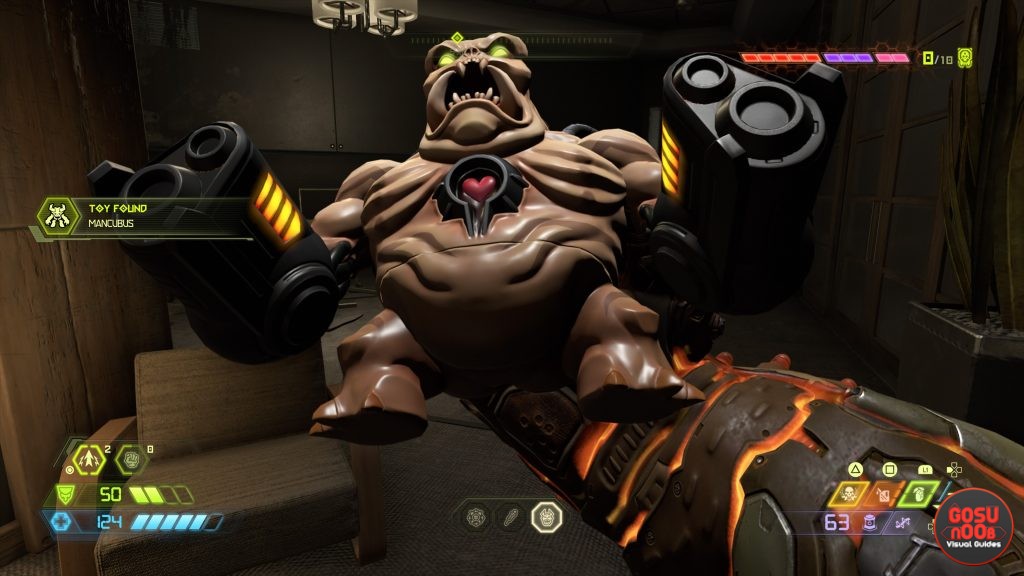 Experiments don’t stop there. Doom Eternal is, for some reason, a lore heavy game. From the beginning, we are introduced to lots of bits and pieces of lore and, more importantly, talking demon bosses. The demonic invasion that devastated Earth, as it turns out, was not a result of blind fury of an endless horde but a product of intelligent design, a result of an aeon old war between powers of heaven and hell. Did Doom really need a ham-fisted, pulp Sci-fi/fantasy mash-up as a backdrop for all that beautiful violence? Probably not. ID Software and Bethesda also made an overkill regarding a multi-tiered upgrade system for Doom Slayer, which feels overly complicated. 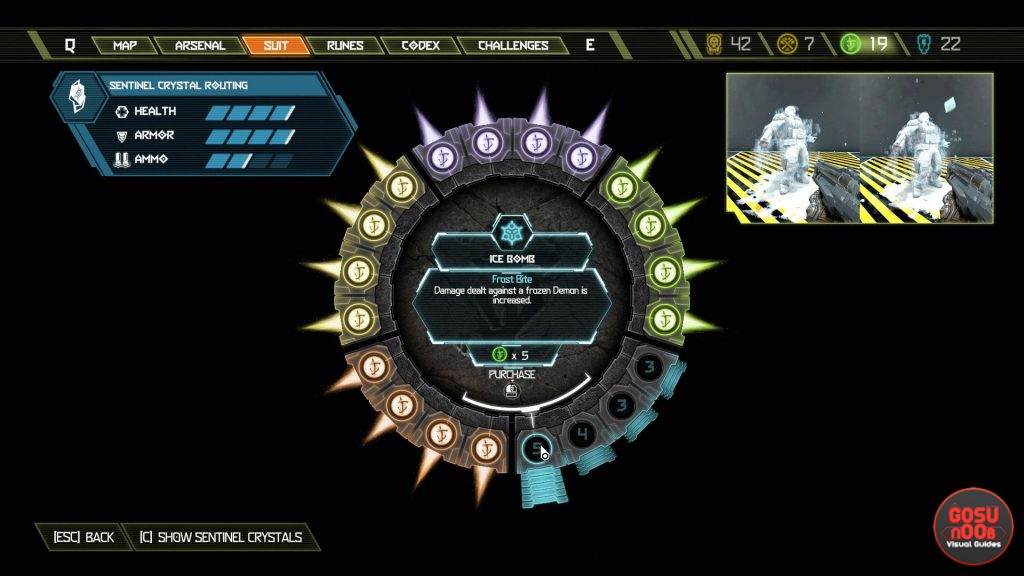 Then, there is a multiplayer mode, which is rather unique: instead of classic modes, like Deathmatch, we now have one asymmetrical, 2 vs 1 arena mode. Two players play as demons, one plays as Doom Slayer; demons are individually weaker than Slayer and they need to collaborate and communicate, skillfully using pre-selected load-outs and upgrades they buy between rounds. They can summon demonic reinforcements, and Slayer has to kill them both in a twenty-second interval in order to win a round. Doom Eternal multiplayer is a real breath of fresh air.

So, Doom Eternal, yay, nay, or maybe? Doom purists will hate some of the additions. Parkour sections always annoyed me because they stopped the demon slaughter-fest that is just as good as its always been. Do they prevent you from having fun? No, the game’s basic shooting gameplay is so good and fun that everything else feels like a mild nuisance at worst. I especially enjoyed how the festival of ultra violence culminated into the crescendo that is the last level. I liked its duality where you can participate in mindless violence on lower difficulty levels without much stress and having harder difficulty levels to really hone your demon shooting skills. If you want a challenge play on nightmare difficulty. It forgives no mistakes and only the very few, dedicated gamers, will be its masters.

New Doom game always carries certain pre-conceptions. Doom Eternal can appeal to non-hardcore players as well. To them, a platforming section might be a welcome break from Adrenalin pumping shooting bonanza. Some of the additions are experiments, but, maybe, they are not complete failures. They give a different flavor and, looking back, each game in the franchise tried doing the same. In the end, it is a 100% DOOM game and I expect many of you will have as much fun playing it as I did.