During the Broadcast quest in Dying Light 2 you’ll have to make one of the most important choices in the game where you have to give control over the VNC Tower transmitter to Frank or Jack Matt or even Juan. Consequences of this choice are far reaching and affect the end of the game in multiple ways. I’ll be discussing the ending of the game and backgrounds of each character. This means there might be spoilers. We’ll clearly warn you when spoilers are about to be talked about though. Here’s everything we know about Dying Light 2 give control of the VNC Tower to Frank or Jack or Juan choice and its consequences. 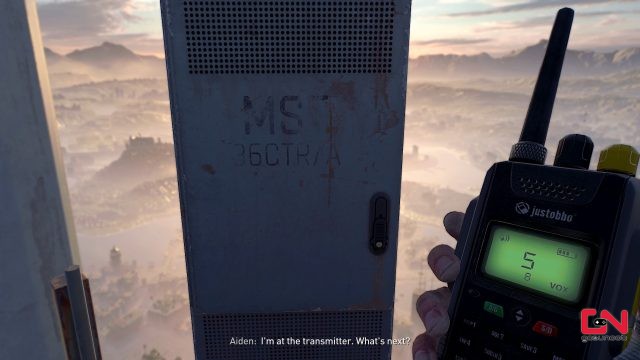 Give Transmitter Control to Jack or Frank?

Most players will have this choice show up. You’ve met both factions now and can deduce which fits your personality the best. Frank was a people’s man that spiraled down after a big failure. Jack Matt is a military style leader with his own agenda. What you need to know is that the choice you make here will affect the end of the game. You are basically siding with the peacekeeper or survivors faction irreversibly. It also has irreversible consequences to all people living in Villedor. Here come SPOILERS. 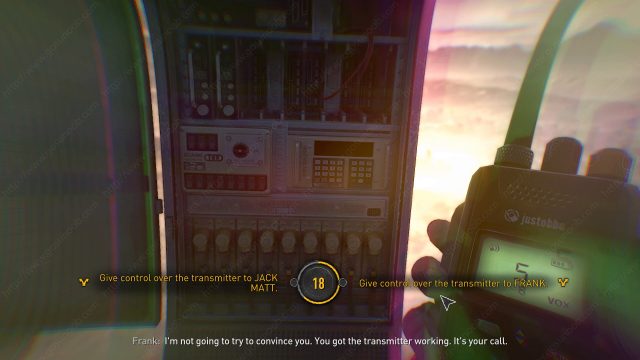 Warning: SPOILERS. Jack Matt will broadcast propaganda over the radio tower. He will also attempt to kill the Butcher at any cost. During the epilogue and the last mission of the game because no one will be able to warn people about the incoming missile strike everyone will die in Villedor. If you give control to Frank he will setup a survivors’ radio and he will use it to warn people about the missile strikes. That will save a lot of lives. This is referenced in the ending of the game depending on your choice. It is also rumored that in order to get the best good ending in the game you have to give control of the transmitter to Frank.

Give VNC Tower control to Juan or Frank?

Some of you will doubt Frank Matt and his hidden agenda. You are being persuaded by Juan, the supplier, that he’s doing something wrong. If you do quests for Juan you’ll be able to plant a listening device on the VNC Tower’s transmitter for Juan. The consequence of this choice will have effect on how the ending plays out. Here come SPOILERS! Matt will still work with you as if you sided with the Peacekeepers, but choosing Juan opens up a path for you to have a Renegades ending. You can actually side with the third faction in the game this way. If you stick with Frank you get the Survivors ending. 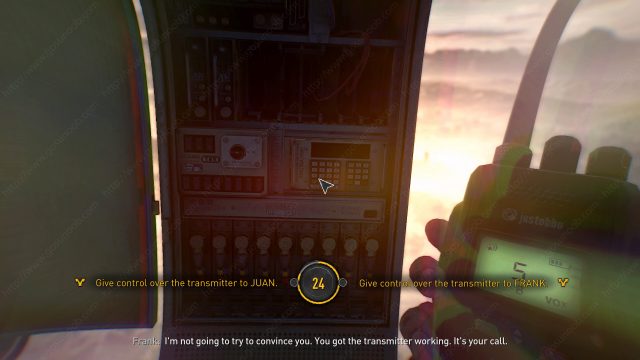 Ultimately, choosing Frank, Jack or Juan determines the ending of the game. You will be put on a choice branch that leads through quests that are for one of the three factions in the game. Depending on your VNC Tower transmitter choice during the Broadcast quest you’ll side with Nightrunners, Peacekeepers or Renegades. This will also affect the very ending you get heavily. You can get an additional cinematic for each of the factions if you save the city. You will also be locked out of the best ending in the game if you side with the wrong faction. My recommendation is to choose whoever you like the most and see how the story plays out. This leaves you with the option to play the game from the beginning making different choices and getting different content in the game and ending.