One of the games being demoed at Ubisoft’s booth at E3 2015 was For Honor, a multiplayer sword fighting game set in the Middle Ages. The alluring sound of clanking metal got us interested, so we sat down and played a few rounds.


The demo let us choose the sex of our character, as well as customize their look quite a bit. It was playing on a Playstation 4 – the visuals were sharp, pleasing to the eye, with a high polygon count. The tutorial first showed us how to position our character – both blocking and attacking requires you to choose one of three directions. At first it seems awkward, but I got the hang of it soon enough.

I was playing a 4vs4 mode with other journalists, with developers looking over our shoulders, helping us get our bearings. The map had three control points and each capture was worth one point. The first team to get to a thousand points “breaks the will” of their rivals, after which they’ll no longer respawn. One of them has to capture at least two points to restore will, so they can keep respawning. 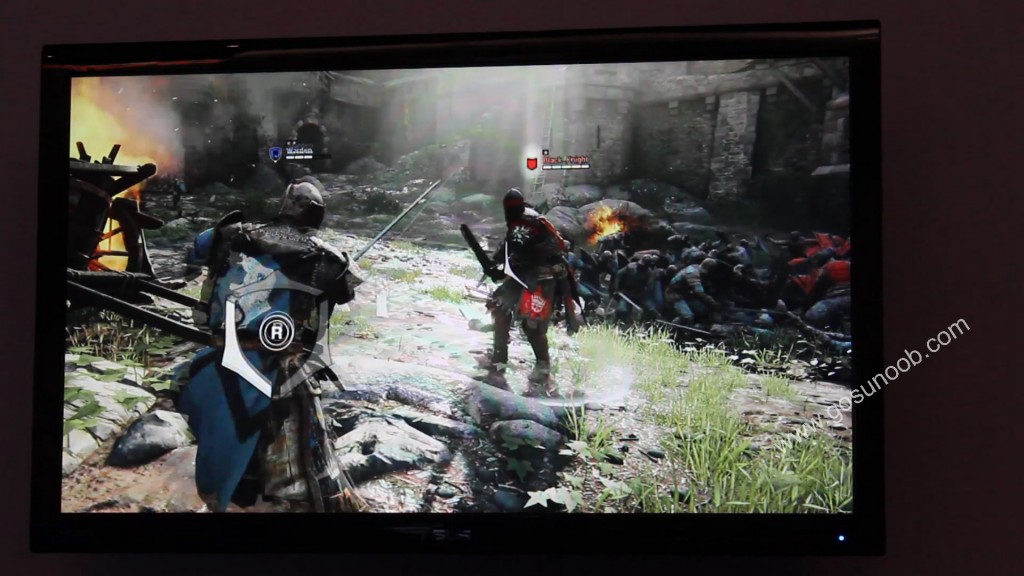 The matches seem really dynamic, with a lot of room for trying out different tactics. The NPCs you see in the middle of the battlefield are there just for show, they don’t participate in the battle. The system feels really deep, rewarding those who take the time to learn how to block properly, chain attacks together and counter their enemies. A successful block doesn’t need to be perfectly timed, only positioned the right way.

Although it came out of the blue, For Honor looks like it will be one of the highlights of E3 2015. I enjoyed my time with it and can’t wait to see more.