Chapter 8 – A Planted Seed Will Grow is the shortest chapter in the game so far. This, however, doesn’t affect the number of archive lore collectibles and number of stone statues that give keys. This chapter doesn’t give a lot of stuff like ammo or green gel points, but it surely gives enough lore and keys. You want to save at least 2 bullets for stone statues that give keys. 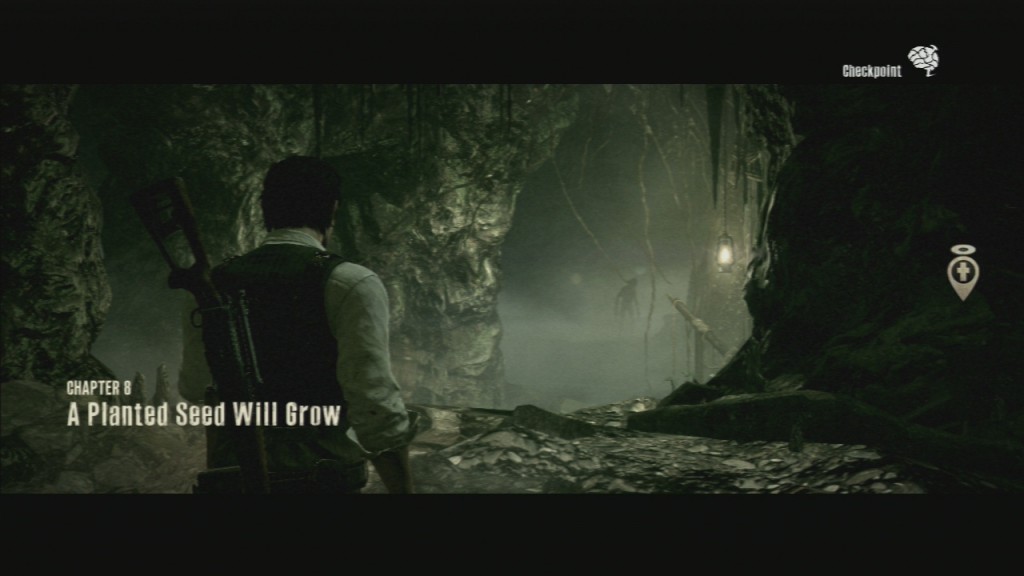 Climbing down the stairs from the previous chapter you find yourself inside a dark cave. Inside the very first room there are a couple of two-headed monsters and an extension of the cave tunnel blocked with wooden boards. Boards can be crushed with melee attacks. Two-headed creatures get killed after no less than 2-3 shots. They also give up pursuing you easily. If you decide to flee you can save some ammo that way; just lure them away from the doors.Couple of steps into the cave you’ll come across a closed gate. Above the manual gate switch on the side of the chains you can find the first Stone statue. Raise the gate, punch the statue and pick up the key.

You’ll next enter a large cave section with a bridge you need to cross. On its side there are lined up pipes. These pipes shoot out deadly arrows rapidly. In order to reach the other side of the bridge you want to hide behind parts that blocks the bolts. There are two hiding places that you can use in that case. After the second hiding place you want to run toward the exit.Next cave room comes after you go through a tight cave tunnel. Inside the same room that has a small table and chairs there is an Audio Tape: “Case Study: AlterEgo”. It is on the small stone wall, next to the chair. This is the place where the second metal gate appears as well as a new type of enemy. This one is not as bad as the others. One may say that it is there just to annoy you. It does so by interfering with your actions, like opening gates and such. Even though they come in large numbers you can kill them by walking over them.Second metal gate takes you inside the part of the cave filled with water. This is where you can find the next Stone Statue and the key. They are located near the next door arch. You’ll come across a small wooden fence that you can jump over. Just before you reach it, to your right, is the well hidden stone statue. 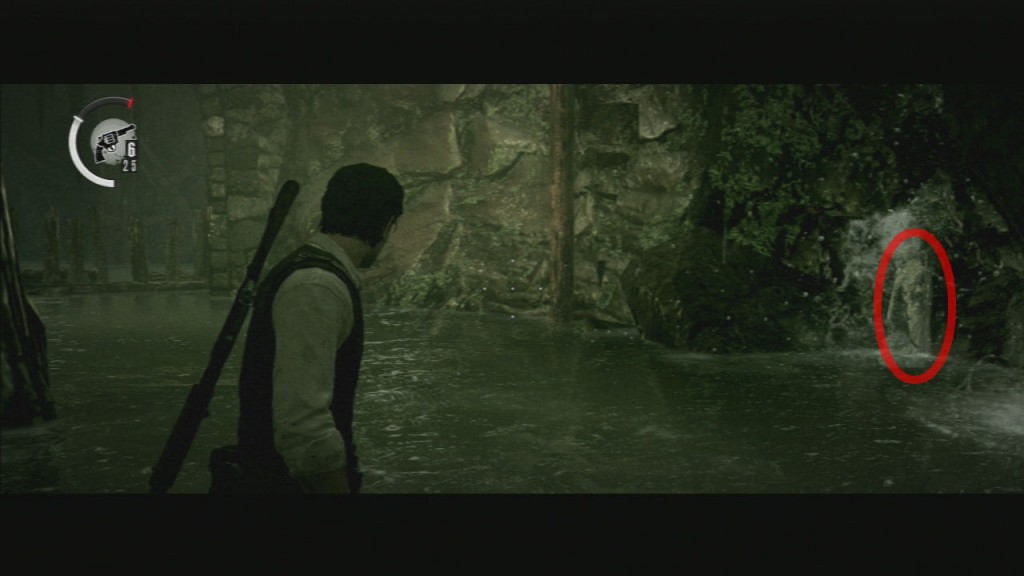 Further down the path you’ll come up to a closed door. In its close vicinity, on the ground, there is a Document “Cave Note” and a dead man. Once you investigate his body, he drops Key Item History: “Bloody Relief Plate”. Get close to the door and investigate it.Against all logic you should insert the side of the panel that doesn’t have blood on it.As you continue you’ll get shifted into another dimension. You are back at the hospital! Turn back and collect Map Fragment 14. We would like to thank user Some guy for additional information. Go through the door at the end of a long tunnel to start a cutscene.Once the cutscene is over look around the room for two archive entries and one key stone statue. Personal Document “Journal Entry – June 2009” is on the hospital bed, Document: “Research Facility Note” is on what appears yo be a medical console.Key stone statue is on top of a metal pipe. This pipe is just next to other metal pipes, blocking one of the hospital’s doors. Throw a bottle at the Stone Statue so the key can fall from the other side of the pipe. 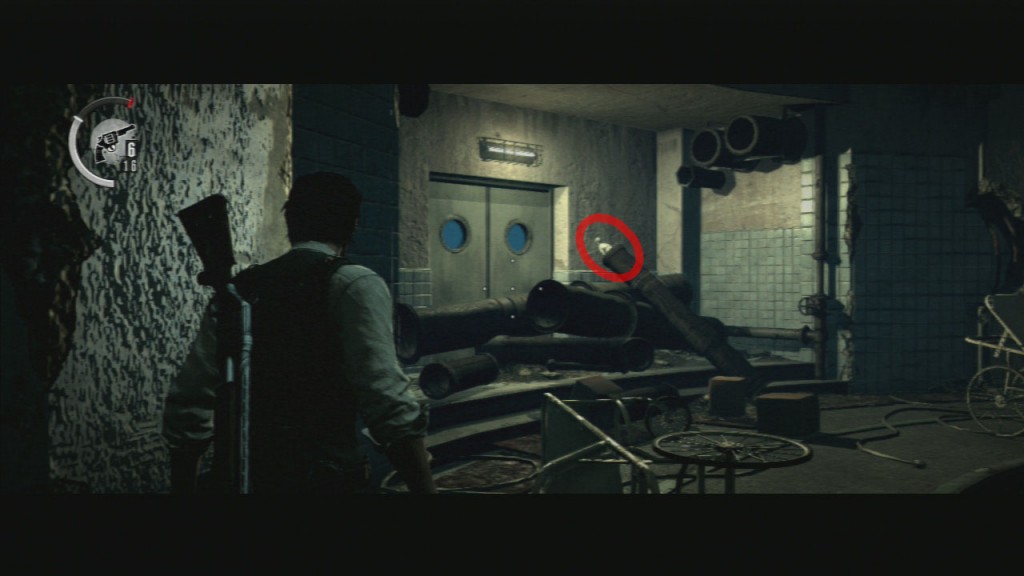 Once you leave the main hospital room a rather large monster starts chasing you. At this point there is no penalty to your running bar. You can, and you should, use the running button to escape. Inside the next room is where the chapter ends.

NEXT POSTEvil Within Chapter 9 – The Cruelest Intentions