Kiloton Radium Rifle is one of the new weapons in Fallout 4, added in the Far Harbor expansion. It’s a semi-automatic rifle that shoots explosive, radioactive bullets. It can be bought from one of the faction vendors as soon as you gain access to their services. In this guide, we’re going to show you how to get Kiloton Radium Rifle in Far Harbor, what it looks like and what it does.

You can buy this unique weapon from Kane, the vendor at the Children of Atom headquarters. You don’t have to progress their quest-line, but you need access to the base. Once you’re inside the Nucleus, look for a staircase at the other end of the submarine bay. Climb it, and you’ll find Kane’s shop opposite the submarine.

It’s a mid-range weapon, with lower than ideal accuracy and damage output. On the other hand, the rate of fire and capacity of the magazine make up for it. Along with the usual ballistic and radiation damage, the bullets explode on impact, damaging enemies in a certain radius. 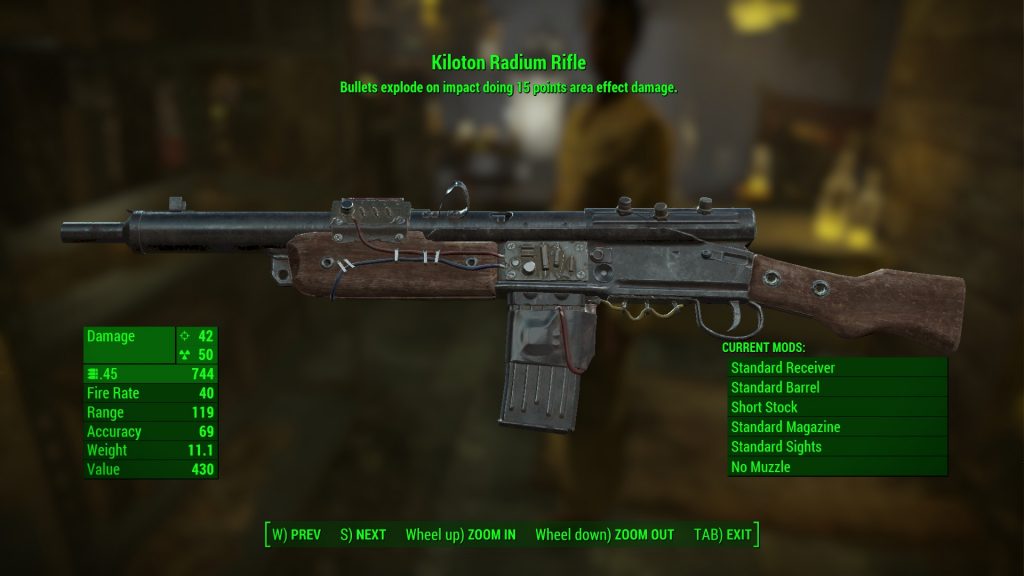