Fusion cores are fuel cells for power armor in Fallout 76. Without them, you won’t be able to use the exo suits to their full potential, which means you’ll probably want to hoard as many as you can. They’re relatively rare, so it’s in your best interest to figure out how to get them consistently. This guide will show you Fallout 76 fusion core locations, how to get infinite fusion cores.

How to get fusion cores in FO76?

If you want to casually collect them, you can find them in generators, abandoned power armor and loot containers. This method won’t yield large numbers, but it’s something you’ll do either way, so there’s no harm in it. Here’s where we found the ones in the map above:

1. WV Lumber Yard – In the big building near the red water tower, on a desk next to a terminal.
2. Arktos Pharma – In a small room above the garage.
3. Ammo Dump – North of the observatory, by the road, in a power armor frame.
4. National Isolated Radio Array – In a generator.
5. Wade Airport – On a desk in the traffic control tower.
6. Hornwright Industries – Available after you complete Motherlode – one in a power armor frame, one in a generator.
7. Poseidon Power Plant – Sometimes spawn near the Fusion Core Processor.
8. Belching Betty – In the basement, on a filing cabinet.
9. Abandoned Mine Shaft 5 – In a generator.

There’s currently a bug that refills your fuel core when you log out then go back into the game. Make sure you’re wearing your power armor when you log off, and when you log back in, it might have more fuel than when you left. This can be a bit tiresome, but it’s literally free fuel.

How to get infinite fusion cores?

There’s a machine that produces fusion cores, and if you really want large numbers – enough to fuel a whole squad of power armor users – you’ll need to find one. They can be found at power plants, like the Poseidon Power Plant. You’ll need to complete the event to repair the power plant, then go to the Fusion Core Processor and build a base around it. Use concrete walls and turrets to protect it – AI raiders will attack from time to time, and other players will probably want in on the action. 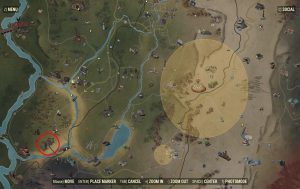 Once you’ve set up a defensive perimeter, you’ll need to generate 100 electicity to sent to the processor. It will then start producing fusion cores without any additional input, so you don’t need any materials. The output is around one core every ten minutes, so just stick around long enough and you’ll be set.

NEXT POSTFallout 76 Ballistic Fiber Rare Material – How to Get