Far Cry 3 Fly South follows the Citra’s Favor main story quest. After informing your friends that you are not leaving with them you need to find Agent Willis. He is the only person who can tell you where to find Hoyt. 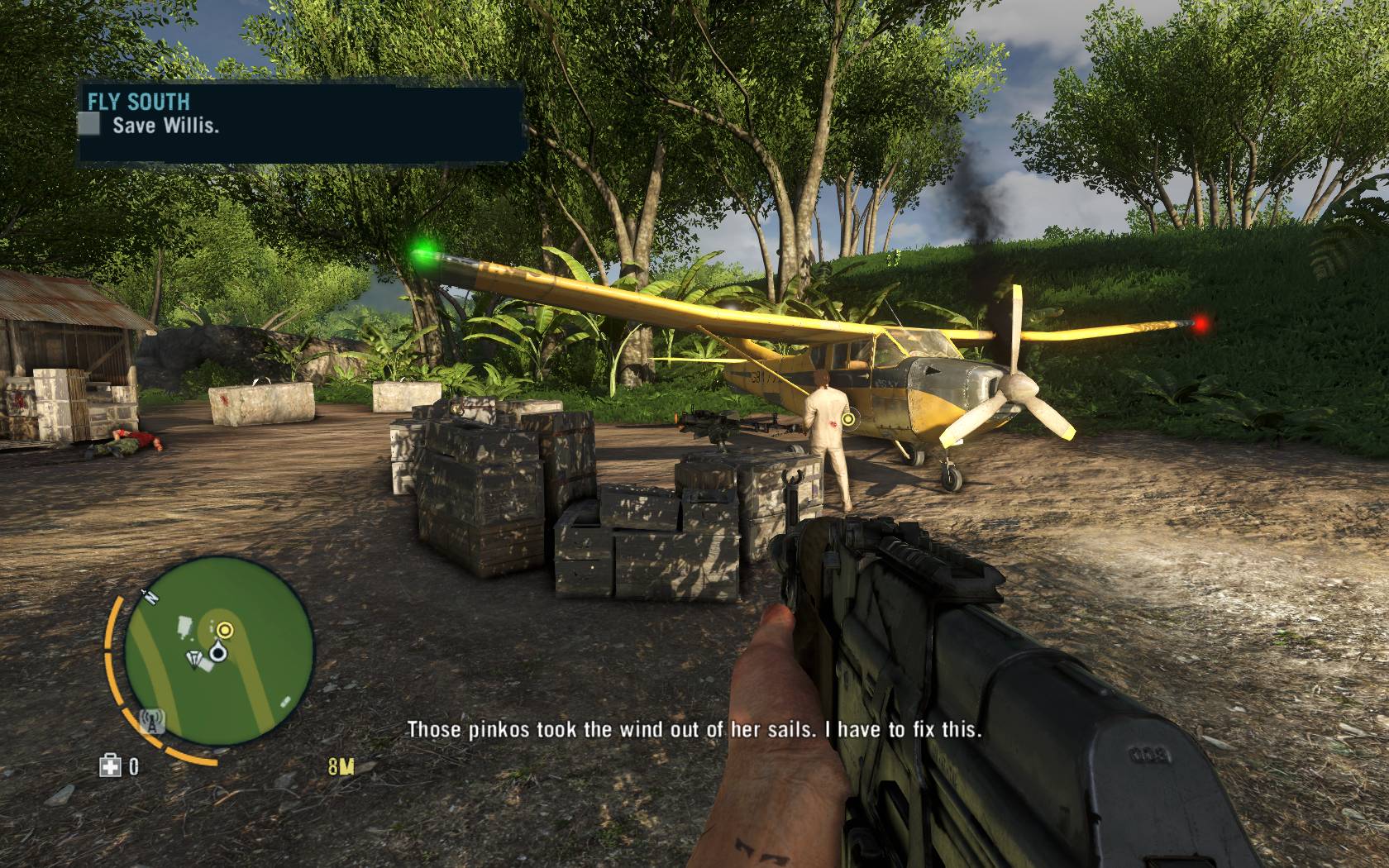 Your friends are sad to watch you go, but you promised you would kill Hoyt and avenge your brother. Leave the cave, and your friends, behind.

In order to contact the Willis fast travel to Amanaki Outpost. There you will hear Willis via radio saying that he is leaving the island and that his airplane is flying over Hoyt’s Island on his way out. He is willing to give you a ride, but you need to get to him in five minutes.

Willis airplane can be found east of you. You have plenty of time to get there, don’t drive recklessly and wreck your vehicle. As soon as you get near the airstrip you get a call from Willis saying he is surrounded by pirates.

The pirates that are attacking Willis will bee hiding behind the buildings near the plane. They are regular pirates and should be easy to defeat.

Willis needs to repair the airplane after the attack and you need to protect him as he does. Pirates will charge at you in groups and you will need to kill them before they can hurt Willis. The first group of pirates will come charging from the front the plane. They are mostly charger pirates with couple of regular ones thrown in as well. Use explosives to take down these pirates, their zig-zag running pattern and large group can be difficult to take out with gunfire alone. You can use the machine gun in the front of plane, but its difficult to aim. Another group of pirates will be coming from a road near the rear and to the right of the plane. They will come in cars with machine guns and with heavy gunner pirates. Setting up explosives and land mines at those location (near the two concrete bricks) can help you defeat them easily.

After Willis repairs his plane you just need to defeat remaining pirates in order to board the airplane. If all the pirates around the camp are killed and Willis still don’t want to take off start scouting the jungle and road around the camp. Often there will be one pirate hiding out in these locations. After all pirates are killed Willis will start the airplane and take you over Hoyt’s island where you jump off.