Far Cry 3 New Rite of Passage takes place after Warrior Rescue Service in the main story quest. After you wondrously survived Vaas’ attempts to kill you you are summoned to Citra’s Temple for a final test.
▼Article Continues Below▼ 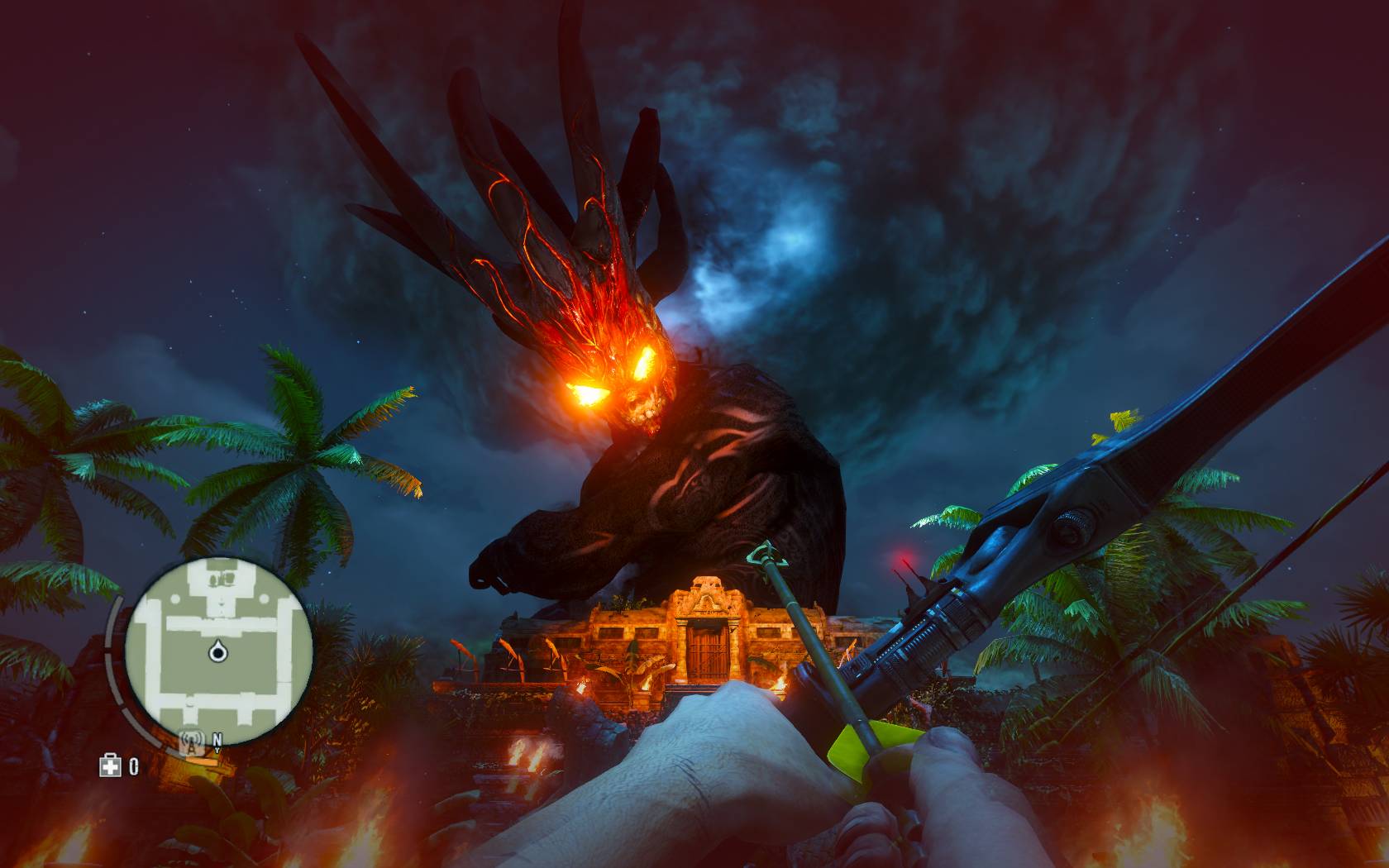 Fast travel to the Temple Gateway and head inside. Head past the room where Citra was speaking about Rakyat’s history and you will find yourself at new part of temple. Citra is waiting for you, and will gave you a drink that is needed for your final test.

Upon drinking the content of the cup Citra gave you the big Ink Monster she was talking about earlier rises up from the top of the temple. In order to defeat him you need to complete three different phases in combat. You can only use a bow during the entire fight.During the first phase you will need to bring his mask down by shooting at it. From time to time he will lean back, take a breath, and lean forward to breath dark fire at you. Moving to the far right and far left in order to dodge that attack. Use the time he is breathing fire at you to hit his mask with as many arrows as possible.After enough successful hits the Ink Monster will envelop itself in a dark cloud and smaller monsters will begin attacking you. You only need one hit to defeat them and you can see their position on the mini map in your lower left corner or on the enemy detection meter that is at the middle of your screen.Defeat enough monsters and the Ink Monster will show itself again, this time without his mask. He will throw three dark energy bolts at your position and you will need to move just like earlier in order to dodge these three bolts. After this attack he will stop to rest, giving you a chance to hit him with a couple of arrows. You can attempt to shoot him while he is attacking you as well, but you leave yourself open to his attack while you do.

After enough hits the Ink Monster will fall and you will need to climb over his arm in order to finish him off. As you approach his head he will wake up and grab you in his jaw. Hit the buttons shown on screen quickly and you will finish him off by stabbing your knife into his eyes.. After your victory you get recognition from Citra and other Rakyat warriors.