Far Cry 3 Payback follows the New Rite of Passage main story quest. After proving yourself worthy to be part of Rakyats you gather enough strength to defeat Vaas.
▼Article Continues Below▼ 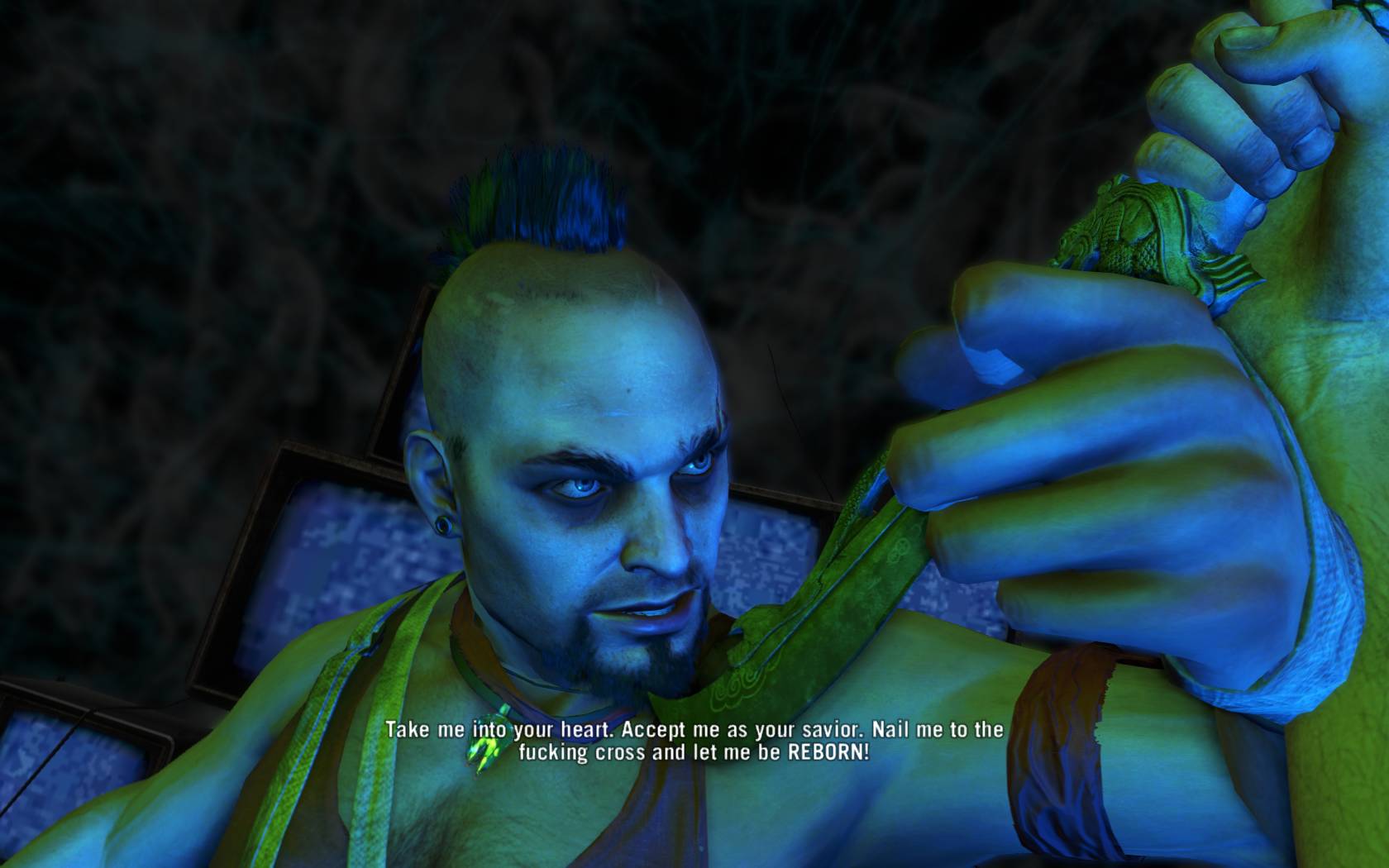 Vaas Island is north of you position immediately after the previous quest ends. You will need to jump into the water in order to swim to the Vaas island. You will quickly notice how sick and twisted the island is. Thefirst pirate you see is dumping bodies in to the water from the dock. Going further in the island you will find two pirates torturing a young girl. A bit further is the Vaas compound. Pirates with sniper rifles, a couple of rifle guards, and dogs are guarding the entrance.

Going toward the objective point, you find a rope on the wall on the south side of compound. Use it to climb over the wall and open the big gate that leads to inside of building.

Upon entering the first room you will see Vaas on television monitors. He was expecting your arrival though and sets the room on fire. You will need to get out quickly in order to survive. When you run out into the next room the floor will collapse, sending you tumbling below. In order to get out of this room you need to jump over the only window in the room. Getting close to the window will not let you step over it, you need to run and jump over. The next room will have stairs that leads to the top of the building. Before you start climbing make sure all weapons are reloaded and your health is full.

Fight through the compound.

As soon as you reach the top Vass’ voice sounds over the loudspeaker. He is offering money for your head, and the pirates will begin attacking you. Be careful as the wooden sign you can hide behind at the roof top wont last long so don’t linger behind it, and moving downstairs under heavy fire can be difficult. There are two things that can help you with many many pirates here. There are a couple steps you can take to help you defeat the pirates here. First release the two tigers from nearby cages, they will attack the pirates and distract them from you. Second you should attempt to kill the pirates using the heavy gun in the middle of the compound, then use the gun yourself to take out the other pirates. You can hide in the buildings nearby but they can catch on fire so be careful. Keep moving towards the main building and open the big red door you find. A few pirates, including a heavy gunner, will come out through the door. Finish them off and proceed inside.Upon entering the second room in main building Vaas will appear behind you and stabs you with the ancient knife. When you start falling down you will pull out the knife and notice something strange… The next scene takes place in vision. Walk by the monitors with static on and you will see couple of scenes with you and Vaas. When you reach the stairs Vass will be waiting for you. He orders you to shoot him, and you do. But the fight is not over yet…You enter another vision and copies of Vaas will begin rushing at you. Everything is slowed here, including reloading and healing. The ultimate goal here is to reach the real Vaas who is at the end of static monitors path. The clones will rush you and bring your heath down quickly, and with everything slowed down it is difficult to heal quick enough to stay alive. Use every piece of the platform available to maneuver and don’t rush the clones, let them come to you and shoot them when they get close, this will help conserve your ammo and require less reloads. If you don’t have any ammunition left, or you are just low on health, keep running away from the static monitor path. If they pass you they will keep going for a bit before stopping and running at you again. When you reach the end complete the quick time event and give Vaas the Payback he deserves!