The Medusa’s Call follows Mushrooms In The Deep main story quest. After you saved Daisy, you have been informed that you can find another clue about your other friend’s location at a ship called Medusa.
▼Article Continues Below▼
From there the pirates are sending out messages through a satellite dish. Your job will be to intercept one of their messages without alarming guards around the Medusa. This makes this quest unique when compared to others you did so far. During the first part of the quest, if you are detected in ant way, the alarm will go off, and the quest will fail. 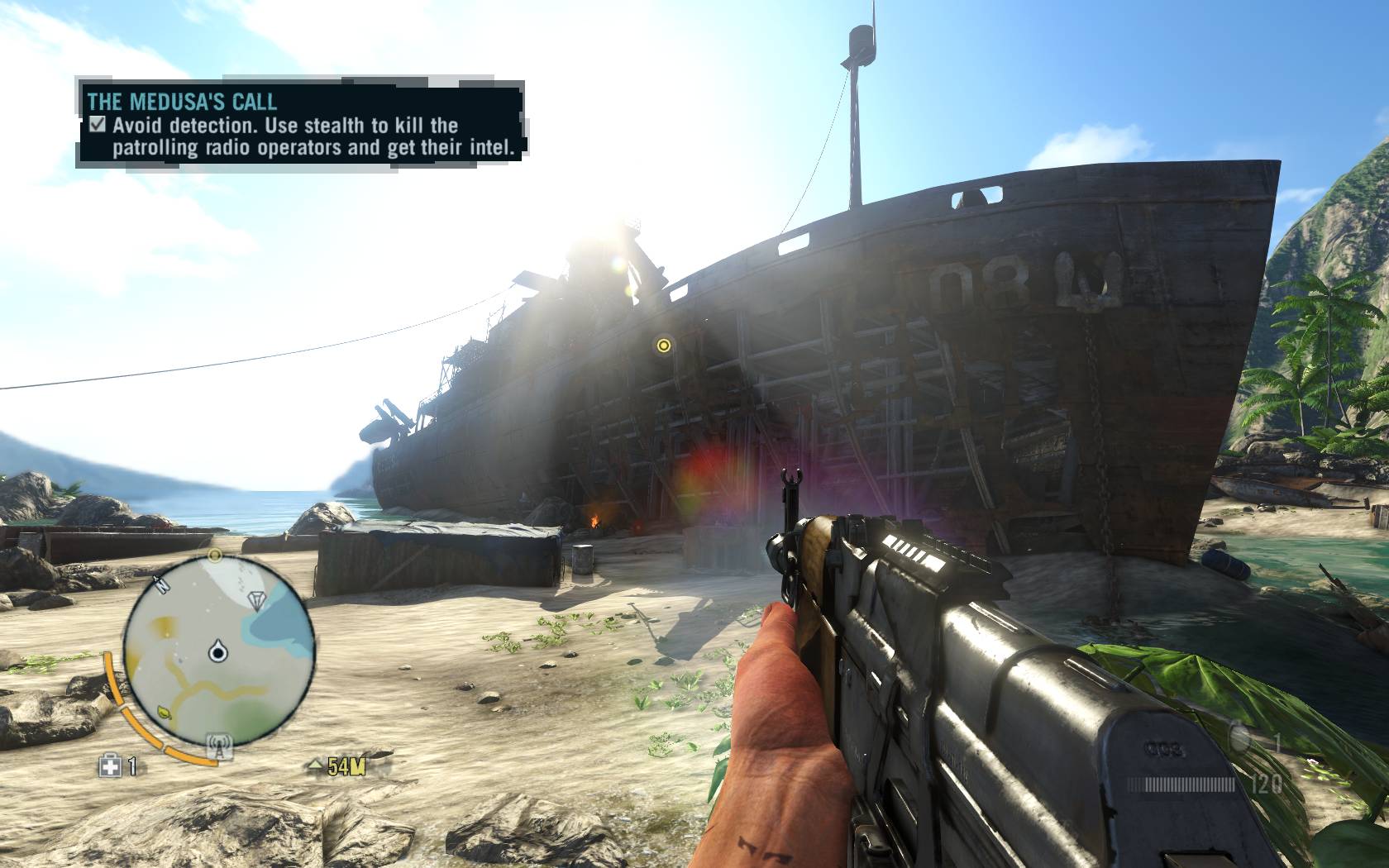 Go to the Medusa.

The Medusa ship can be found north of Amanaki outpost. When you approach the position from where you can see Medusa in the distance, you will notice that there is a big cliff you need go down first. Using one of the hang gliders you can find at the top of the cliff is one of the options to go down, just be careful because if guards near Medusa notice you, the quest will fail.

Avoid detection. Use stealth to kill the patrolling radio operators and get their intel.

There are total 6 guards, they come in 3 pairs of 2. Their position is around Medusa. Using silent weapons like knife is needed here, in order not to trigger the alarm. Since they come in pair, throw a rock to distract one of them and separate them, kill him silently and then use the same strategy to kill silently the remaining guy. You need to kill all 6 pirates around the ship if you want to proceed to the next part, not just the ones that have key items.

Reach the control room on the Medusa.

After defeating them all without triggering the alarm, you will need to climb up the Medusa, and enter the control room, from where you can listen to pirates talk by using the radio you find there, and find out something about your friends.

Get rid of the reinforcements on the beach.

While listening to the radio you hear that someone triggered the alarm on the Medusa and that reinforcements are on the way. You can finally use your fire power and thin the pirates’ numbers. All your actions will make Vaas irritated and he will want retribution.

NEXT POSTFar Cry 3 Playing the Spoiler