One of the many guerilla activities in Far Cry 6 that you will need to engage in requires that you destroy anti-aircraft cannons. Otherwise, you won’t be able to fly over areas in the game that have anti-aircraft cannons in them, since they will shoot you down. Naturally, providing free airspace is a big part of freeing Yara. You will most likely first encounter the need to blow these up during the early “Libertad Rises” mission. But how to destroy them? There are only a couple of ways this can be done, and some options that you might have assumed will work will, in fact, be useless against these cannons. In this Far Cry 6 How to Destroy Anti-aircraft Cannons guide, we will explain exactly what you need to do to take them down, which weapons can do the job, and which of them can’t. 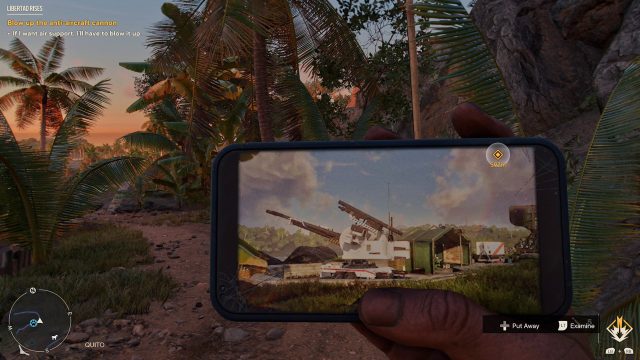 How to Destroy Anti-aircraft Cannons in FC6

To blow them up, you will have to employ explosives. This includes dynamite and grenades. However, you will need to be careful how to place these. If you throw grenades to the side of the anti-aircraft cannon, it will not blow it up. What you need to do instead is to place it underneath the cannon and it will destroy the anti-aircraft cannon once it explodes. It might take a few tries until you aim it right, but this way the cannon will always blow up. You can also use your Exterminador Assaulter Supremo. Anti-aircraft cannons are the only places where you can find Depleted Uranium, so destroying them is a great way to get all the Supremo and Resolver weapons.