Final Fantasy XV Comrades multiplayer online beta takes place in Old Lestallum, where the main lobby is located. If you are thinking about glitching outside of this are, rest assured, there are a couple of spots. In this guide, we’ll show you how to glitch outside of the FFXV Comrades starting zone – Old Lestallum, and explore the area nearby.

Can you explore area outside of Old Lestallum, Multiplayer Starting Zone?

The short answer is: Yes! There are couple of spots that you can use to your advantage, and just leave Old Lestallum on your own. See you later, Cor; we don’t need you anymore!

The first spot you can use is just next to Cor. Go to him and look for the barb wire just right from him. This is the barb wire with the two yellow barrels next to it, not the red cone. Once you jump on it, look to the nearby platform with an NPC on. Jump on top of it. From here, you can jump down, below the bridge area, or on top of the bridge, west from the starting zone.

The next method is on the other side of the town. To make it work, you’ll need to engage the Practuar – a training dummy. Keep in mind that, if you talk with Cor and start the quest, you can’t release the Practuar from his green chest. Once the Practuar is out of its box, engage him in combat. This is needed so we can get into combat, and use the Point-warp ability on the nearby lamp post. Once on the lamp, you need to use the Triangle (PlayStation) / Y (Xbox One) in the direction opposite from the training dummy, towards the outside world. From this high ground, you’ll just flop outside and voila, you are free to explore. 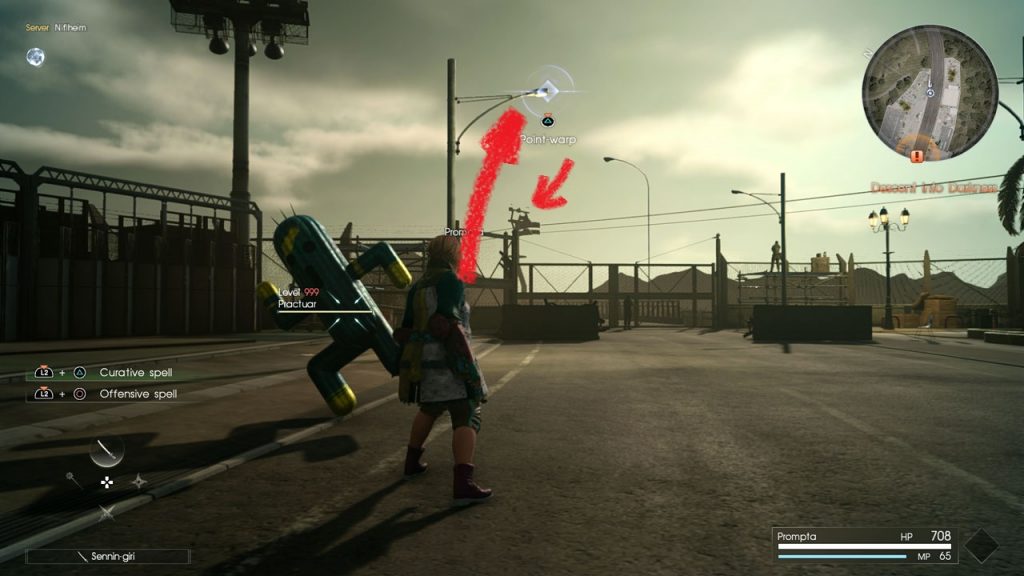 The third one, spotted by Dustin Lee, is found in the eastern part of the town, just behind the Practuar. Jump on the concrete block with the barb wire. From there, aim for the part of the fence between the gate and the taller part of the fence. The section of the fence that you can jump over has the top part leaning outward.

Note: Keep in mind that you can’t really go too far outside of Old Lestallum. If you leave the area using the Time Warp method, you can go a bit further than you can do in the other escape route.

Props for finding the way, after all my failed efforts to find it on my own, goes to Reddit users cthasarrived and echonote from the post: Comrades – OOB.

NEXT POSTBrace yourself: Persona spin-offs are coming