Getting to level 99 in Final Fantasy 15 can take a lot of time and effort. You’d have to finish a lot of quests, murder scores of enemies and invest in some abilities that reward you with EXP. However, there are easier ways. You can go down the XP farming route and level up all the way in a single day. It an arduous process, but it works and it’s the most efficient way to earn EXP. In this guide, we’re going to show you Final Fantasy XV best XP farming method, to help you level up fast. 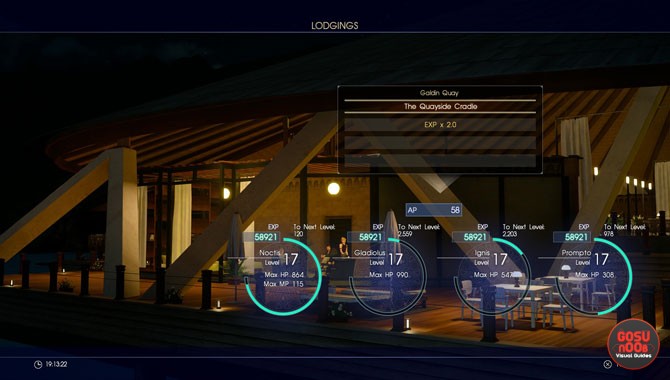 Although there are variations depending on how far along in the game you are, the method is simple. All you need is:

You should use as many coins as you can (up to 25 debased, or up to 9 rare). This way you’ll get the highest number of casts as well as the strongest effect. Each cast will give you a fixed amount of EXP, so you don’t have to worry about finding a worthy opponent to cast it on. There are a lot of items that can be used as catalysts for Expericast spells, but these coins are the best. Debased coins are the most common Expericast catalys, while rare coins give the most EXP.

If you still in the early game and want to level up fast, here’s what you should do:

If you’ve already been to Altissia, here are the steps you need to take: