Square Enix have revealed some information about the Playstation 4 Pro patch for Final Fantasy XV. The upgrade will be coming after the game launches, and it will enable the new console to make full use of its power to get better performance out of the game, as well as prettier visuals. 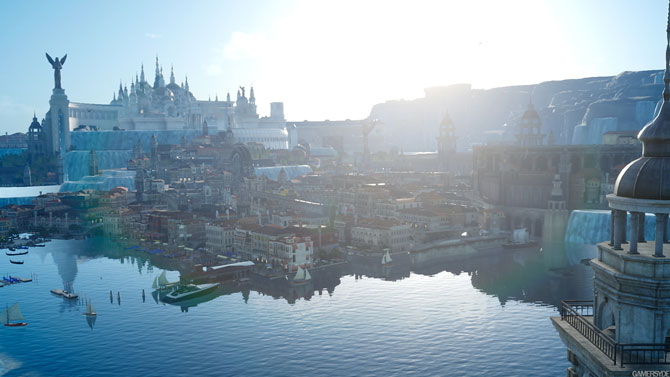 The FFXV PS4 Pro patch should appear at some point in December. If everything turns out the way it should, you should be playing the upgraded version withing a month of release. Just don’t expect it to be ready at launch.

As far as features are concerned, little is known at this point. They’re aiming to get the 1080p version running at 60 FPS, but the 4K version will be limited to 30 frames per second. If you own a 4K screen, you’re in for a tough choice – whether to play at a higher resolution with noticable blur, or at a lower reoslution but with ostensibly better framerate.

Since the battles are pretty action oriented, 60 FPS could give the combat system more depth, more opportunity for blocking, dodging or countering. On the other hand, a consistent framerate is crucial in games like this, and the lower the target framerate, the easier it is to stick to it.

We’re also hoping there will be more knobs and sliders to tweak. Having only a couple of presets is a realistic outcome, but it would be better if we could choose what to sacrifice if we’re not satisfied with performance – just like we do on PC.

Final Fantasy XV is going to be released on November 29th, on Playstation 4 and Xbox One. A PC version is all but certain, although there’s no official word on it. A new demo will be available in the coming days, but only for owners of Japanese PSN and Xbox Live accounts.