The latest issue of Weekly Jump magazine revealed two guest crew members who will join your team in Final Fantasy XV for a while. They’ll spend some time with you, roaming the desert and doing odd jobs, then leave and go their own way.
▼Article Continues Below▼
Maybe we can expect more characters like this down the line, but for now, you’ll have to get by with two. 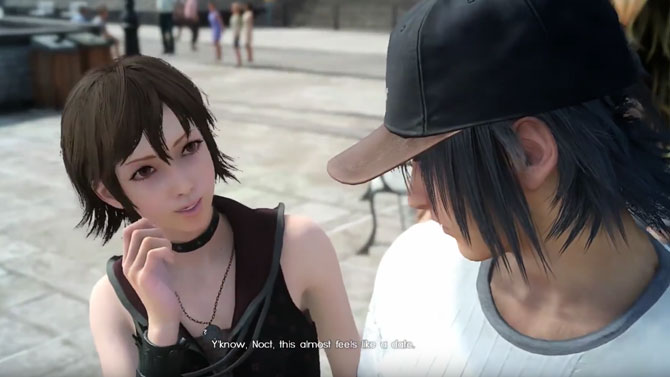 The first is Iris Amicitia, Gladiolus’ sister. We’ve already seen her in some of the footage, taking Noctis on a tour of Lestallum. She’s going to be getting some more screen time, helping out in battles and questing. In combat, she uses her fists and a Moogle doll.

Cor Leonis is the other. He’s a high ranking official in the Lucis army, an amazing fighter and a hero of the people. We’ve seen him in some of the videos that have been aired already. He’s going to push Noctis on a quest to collect the Armiger Arsenal from the Royal Tombs. Cor is going to help him with the first couple, then give him the key which allows him to continue the quest on his own. We don’t know whether he’s going to join the team again at some point.

These two will help out in battle for a limited time, but they’ll also interact with your party members – keep in mind they all know each other, and they’re mostly close friends. This is going to add a lot of variety to the dialogue, and keep things fresh even though you’ll effectively be stuck with the same three friends throughout the whole game.

Final Fantasy XV is going to launch on November 25th, on Playstation 4 and Xbox One. If you’re looking to preorder it, make sure you check out our FFXV preorder bonuses & editions guide.