Gladiolus Amicitia is a character from Final Fantasy XV and a companion of Noctis. He is Noctis’ childhood friend, and they consider each other brothers.
▼Article Continues Below▼
Gladiolus will also have his own separate DLC featuring a brand new adventure, where you will be able to control him in a brand new area. To get access to the DLC content you will need to purchase the season pass or the DLC itself separately. 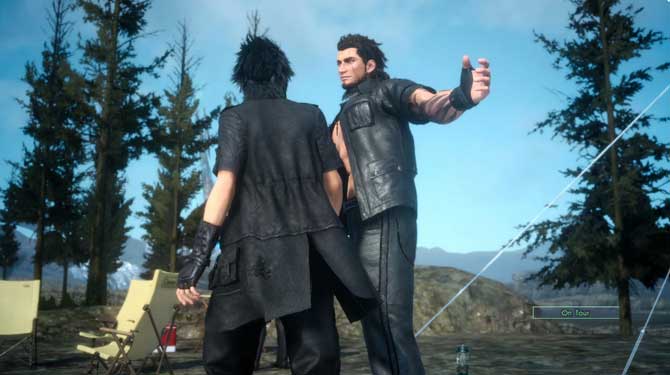 Gladiolus is the son of Clarus Amicitia and older brother to Iris Amicitia. He’s the one who helped Noctis train when he was younger.

At first, Gladiolus didn’t like Noctis, as he thought he was a spoiled brat. However, when Gladio’s sister was lost in the woods, Noctis found her and brought her back, lied to his dad and took the blame. Gladiolus changed his opinion about Noctis and they eventually became close friends.

Gladiolus uses a Greatsword in his main hand. In his off hand, he prefers using a shield. Some of his known skills are called Tempest and Dawnhammer. He prefers getting into the center of the action as he slashes his enemies with his greatsword. Gladiolus and Noctis can also link up their chain attacks for some great, damaging combos.

Gladiolus is the only one whose outfits without jackets really stands out. His most common outfit is made of leather. It reveals a portion of the tattoos on his arms and his six pack. There are no-jacket versions of both his casual and formal outfit. With them, he wears a sleeveless shirt, revealing his glorious arm tattoos. 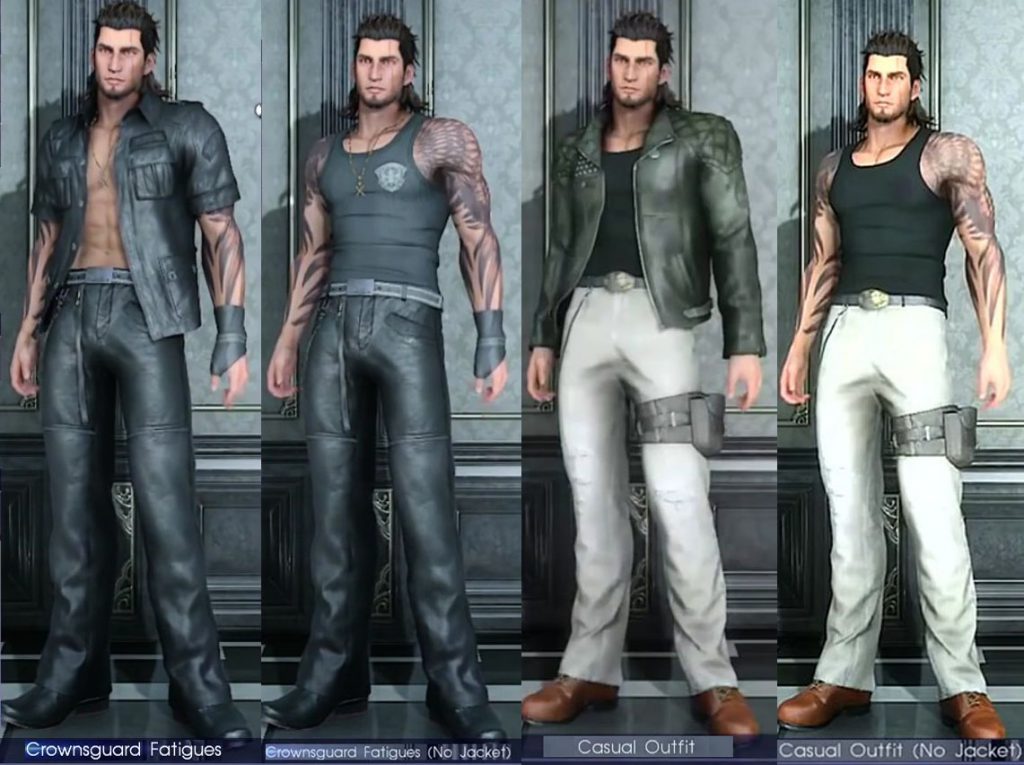 This is something we know the least about. We know that his survival skill gives Noctis and his crew occasional item gains. This is important, as you’ll be spending consumables during combat. It will lower the cost of refilling your inventory. You can boost the Survival skill if you decide to invest AP into Gladiolus’ exploration attribute called Fitter(est) Survival. It occasionally doubles the items obtained from the skill. 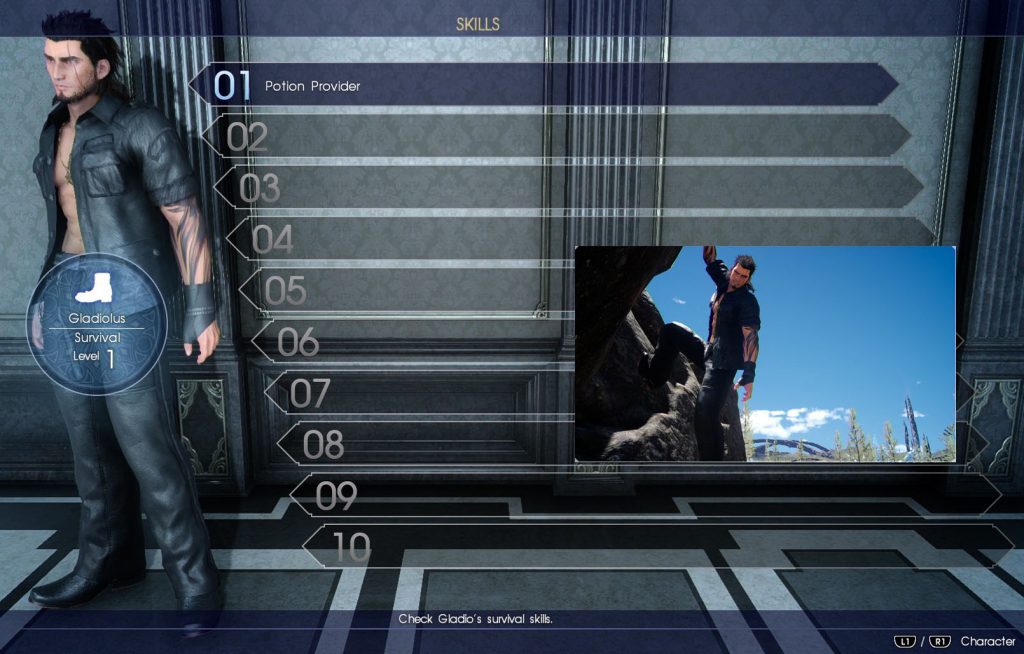 Just like Ignis and Prompto, you can find the main ascension attributes of Gladio placed in grids like Exploration, Teamwork and Techniques. They are meant to empower his greatsword, making him stronger. Once unlocked, some of them even protect Noctis in combat with a shield. The most expensive attribute, once unlocked, breaks the limit on his damage.

NEXT POSTBattlepacks in Battlefield 1 – How to get them