Warden is the vanguard hero in For Honor’s Knights faction. They’re versatile and straight-forward – the game recommends them as one of the easier to handle heroes. They have a good balance between offensive and defensive abilities, being dressed in plate armor and wielding a longsword. There are a few quirks you should be aware of, but this is a great way to dive into the game. In this guide, we’re going to show you how to play Warden in For Honor, their feats and moveset. 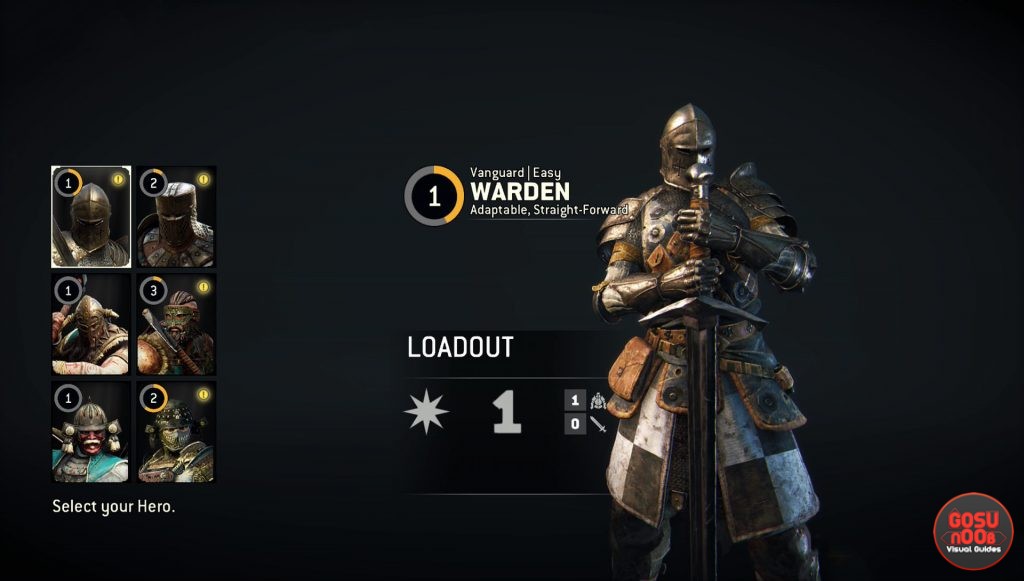 Here are the Warden’s Hero Modifiers:Here’s their moveset:

There are four feat slots, each with 3 feats to choose from. Only the first one is unlocked at the start – the others are unlocked by playing.

Here are some of the ways you can use the Warden in combat effectively:

NEXT POSTFor Honor Conqueror – How to Play