Loki, the infamous God of Mischief, is coming to Fortnite this July. Inspired by Loki Laufeyson from the Marvel Cinematic Universe, Loki has always been one of the most iconic characters in the entire MCU. Sometimes hero, more often than that a villain, he is currently starring in his own TV show. Named, quite appropriately, “Loki”, it is streaming on Disney+. However, unlike similar past characters and cosmetics, he won’t be available for purchase from the item shop. Instead, he will be available only to Fortnite Crew subscribers. This subscription service launched last year. For $12 a month, users get access to exclusive content such as Loki, along with the Battle Pass for the current season. 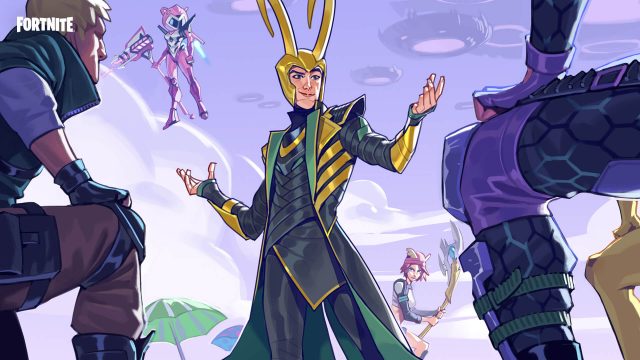 When is Loki Coming to Fortnite?

As the exclusive headliner for the Crew Pack of July 2021, he is expected to go live June 30th 2021 at 8 PM ET. This pack features the following content: Loki Laufeyson Outfit, Loki’s Cape Back Bling, Loki’s Scepter Pickaxe, Chitauri Chariot Glider, and the Loki’s Welcoming Loading Screen. Again, if you want to play as Loki Laufeyson, you will need to subscribe to the Fortnite Crew service. This is the only way to get these in your possession. In Epic’s own words: “they will never be sold to non-Crew members or given away to non-Crew members.” Marvel characters have a long tradition of popping up in Fortnite. Last year’s Chapter 2 Season 4 was all about Marvel-themed characters and Thanos was also recently added as a playable character.

Since this season is alien-themed, Loki looks to be a great addition. Perhaps best known for his role in the first Avengers movie and leading the failed alien invasion on New York City, Loki and his Chitauri Chariot Glider are a perfect fit for this newest season event. We’re sure that Fortnite Crew players will love playing as the horned God of Mischief.