American writer Danielle Steel is one of the bestselling modern authors of romantic novels. She has written 179 books and sold 800 million copies of them. Her writing usually follows a pattern of love, attraction, betrayal, lust, and revenge.

American writer R.A. Salvatore is one of the bestselling modern authors of fantasy novels. Although he’s much, much less successful than Danielle, he’s sold enough of the books that his fiction had entered the fantasy mainstream, transcending the barrier between literature and games, both board and digital kind. His writing usually follows a pattern of camaraderie, mystical danger, heroic resistance, and revenge.

There is no fundamental difference between Steel and Salvatore regarding their work – fatal blondes and fatal bugbears are essentially the same in the context of intellectual and emotional heights they are reaching for. It’s pulp fiction, and it should be treated as such. That’s why there is simply no point in having hard feelings of cosmic betrayal by appallingly bad translation of his fundamental work in the latest game by Wizards of the Coast. Yes, we have playable Drizzt Do’Urden in probably the worst Dungeons & Dragons game in decades. No, civilization won’t crumble because of that. 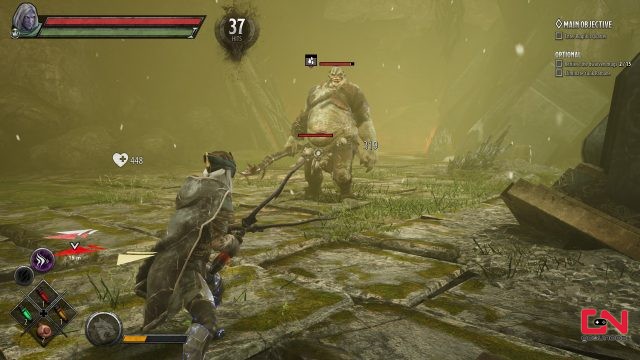 Dungeons & Dragons: Dark Alliance is based on the Icewind Dale trilogy, Salvatore’s pioneering D&D work that introduced the fabled Champions of the Hall to the world. Drow exile Drizzt Do’Urden, barbarian champion Wulfgar, dwarven king Bruenor Battlehammer and his adopted human daughter, Catti-brie, had crossed their paths with the forces of Crenshinibon, the magical crystal shard with the evil will of its own. Battlehamer… If there is a more dwarven surname than Battlehamer, I would like to hear it, please. Anyways, that Crenshinibon stuff is a ripoff of One Ring, but the audience swallowed the R.A.’s works without much burping. The game begins after the first book ends, with our heroes handling the disturbance caused by the shard that had abandoned its previous host when it realized he’s no longer useful. High King of Gondor, Isildur, and failed wizard Akar Kessel have so much in common, remarkable coincidence tbh. 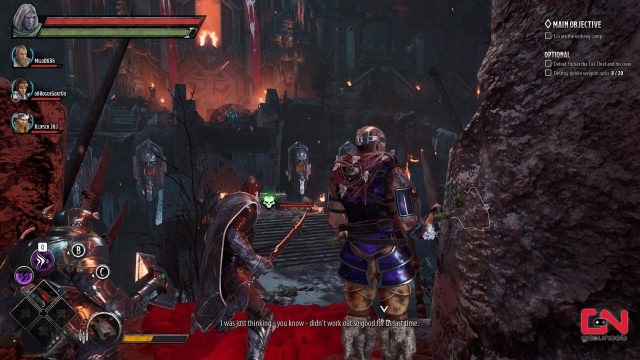 Dungeons & Dragons: Dark Alliance is a 3rd person action RPG intended to be played in co-op, which is often difficult due to numerous technical and conceptual flaws. At the start, you’ll pick the hero you’ll want to play and develop first, and off you go to interact with the stuff in your base camp. After the short talk with the vendor, opening and closing the reward chest that is presently empty, you’ll probably play the quick tutorial followed by the first campaign mission. You will pick the difficulty level, choosing (or not) the one recommended to your gear score, and foray into the first of the linear, fantastically dull dungeons.

Try to imagine an uglier version of Warhammer: Vermintide 2 without the unpredictability of variable enemy spawns, and you’ll get the graph with the downward trajectory this game takes and never deviates from. Playing solo, without occasional party banter that livens up the atmosphere a little, is supremely dull and often more challenging if you overestimated your chances and selected greater difficulty, hoping for better loot. Each hero has its unique fighting style, unique set of abilities, and one super-ability often triggered by combat interaction with their companions. Heroes complement one another; this is the primary reason to play co-op. 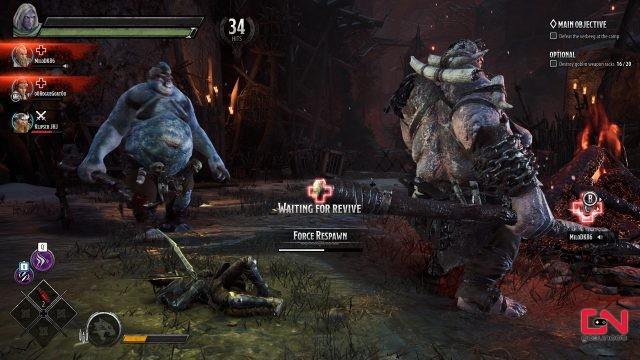 So you exit the solo mission, set the game in online mode, and wait. And wait. After waiting some more, you’ll very slowly start to get matched with other people. More often than not, I got matched with the AFK party leader, who just stood there, idling, with other people joining, realizing that we’re going nowhere and leaving the party. It couldn’t be just the lack of players, as the game is completely free for Xbox Game Pass subscribers for both the PC and Xbox audiences. You will eventually manage to drop into the more or less complete party, realizing only then that mission difficulty is set by the leader, who might or might not share the same level with the rest of the team. The game doesn’t attempt to normalize the relative levels of party members, so if the leader is lvl.20 and you are a lowly beginner, most mobs will one or two-shot your sorry ass. This is incredibly frustrating, forcing you to grind solo until you reach a respectable level. Or you can try to mobilize real friends to grind together. Or, perhaps, you match with the high-level leader, repeatedly suffer for several hours, and level up/gear up just by virtue of being carried. How do you feel about being a pathetic plebe who needs to be rezzed after every bloody fight, relying on the patience of your mighty companions? Me, bad. 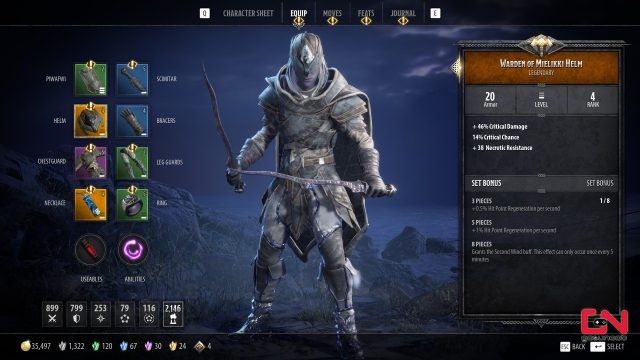 Growing pains could be endured if the game were worth it, which it is not. Combat is rigid, and the effect of stabs, slices, shoots, and spells are so overwhelming that you practically won’t see anything once the brawl starts. If you try to minimize all the banal lights and pyrotechnics in the options, you’ll realize that devs turned those to eleven to mask the gaping ugliness of the whole thing. It’s at least ten years behind the curve, in a purely visual sense.

Loot is the cornerstone of Dark Alliance and the primary motivator for the long grind ahead. If you hope to find all the pieces of legendary armor sets, you’ll have to repeat those dungeons dozens upon dozens of times. Properties of the loot you pick up during the mission are hidden until after you complete it – devs probably were going for the effect of identifying the loot, like in classic D&D, but they managed to emulate opening of paid loot boxes. Grind is equal to suffering here, as the enemy placement is always the same; Only difference between challenge levels (related to loot rarity) is how hard they hit and how many hits they can endure before croaking. Try to imagine investing dozen or more hours into that nightmare… 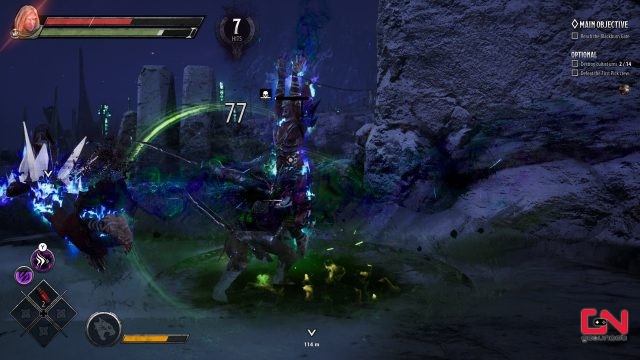 Dungeons & Dragons: Dark Alliance is a very nasty, embarrassing flop. The game is an ugly stain on the beloved fantasy universe, a rushed, amateurish bore that no one should play.

NEXT POSTLoki Coming To Fortnite This July