It’s no stretch to say that Son Goku is one of the most well-known and beloved anime and manga characters of all time. Ever since the 1980s, he has been a shonen (meaning – aimed predominantly at younger male audiences) icon and is instantly recognizable around the world. And, since Fortnite loves to crossover with all sorts of franchises and characters, it should come as no surprise that Goku – in his grown-up Dragon Ball Z appearance – is rumored to be making an appearance in Fortnite soon. So, when is Goku coming to Fortnite? That’s what we’re here to answer. 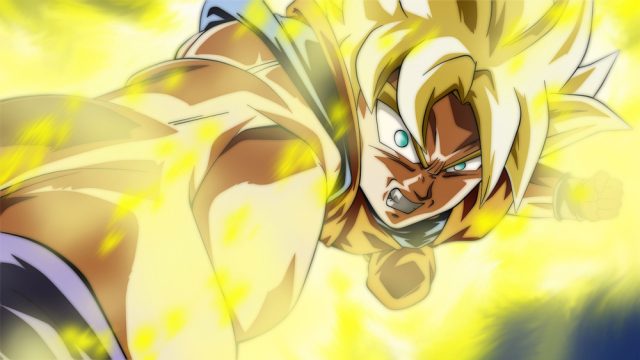 When Does Goku Come to Fortnite?

Currently, there is still no confirmed date for this. However, there are a couple of clues that can point us to when – and if – Goku is going to come to Fortnite. The first of these is something that dedicated Fortnite leakers recently discovered by combing through the game files. Namely, an item that looks like, and bears the logo of, Capsule Corp. This is a very well-known company in Dragon Ball’s setting. As its name suggests, they put various objects into capsules that you can then easily activate and use. This corporation is closely tied to Bulma, Goku’s friend and wife of his adversary-turned-rival, Vegeta.

And while this is definitely something that indicates that Goku is going to be a part of Fortnite very soon, we have to point out that this is all still just speculation. Though, Fortnite leakers have a very good track record when it comes to these things, so we should definitely give them the benefit of the doubt. If this does happen, it will most likely occur in the middle of August 2022. This is because a new Dragonball movie, titled “Dragon Ball Super: Super Hero” is scheduled to release in the US and Canada on August 19th.