Since Genshin Impact first launched more than a year ago, it has been a hit with players, racking in millions of fans from all over the world. It has also received a lot of updates in the meantime. Each of these added new characters, mechanics, areas, and other systems and items to the game. The end result is that it is a game that always feels fresh, with plenty of content for players both old and new. The newest update to the game – 2.3 – is set to release soon. But before that, developers miHoYo are inviting everyone to the 2.3 Livestream. Here, they will reveal all the new things we can look forward to in the 2.3 update. This Genshin Impact 2.3 Livestream Time & Date guide will tell you when the livestream will begin, as well as where and how to watch it. 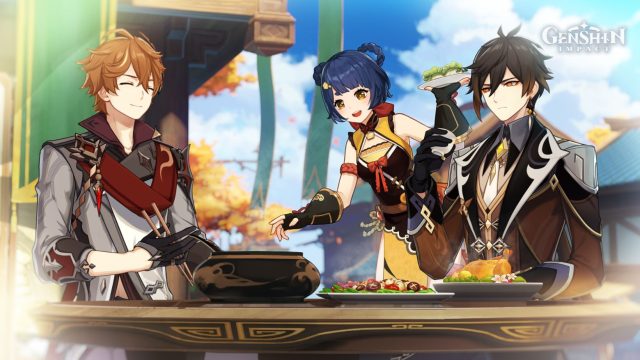 The GI 2.3 Livestream will begin on Friday, November 12th, 2021 at 6am PDT / 9am EST / 8am CT / 3pm BST. Besides the fun of seeing which new content will make it into the game, free Primogems should also be handed out during the event itself. It will be nice to confirm if the leaks about Gorou becoming a playable character are true. He is a Geo, bow-wielding character we first met on Inazuma. His profile states that he is: “A loyal and brave general of Watatsumi island. Born with a beast-like fighting intuition and tenacious will, he can find a way to victory even in the most critical moments.” His interesting look has made him quite popular with fans, and many are surely anxious to be able to play him. 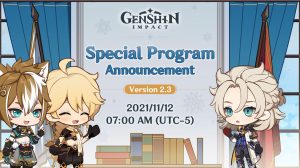 Where to Watch the Genshin Impact 2.3 Livestream

You will be able to watch the livestream on the official Genshin Impact Twitch channel. You can find it by clicking on this link.

NEXT POSTHow to Roll in GTA San Andreas Definitive Edition