Want to know when is Genshin Impact 3.4 Special Program release date? We’ve got all the info you need to know! Genshin developers, miHoYo, have huge plans for 2023 for our favourite game. And the very first step in the process will be the first Livestream of 2023. The version 3.4 live stream is just around the corner, and in this guide, you’ll learn everything we know about the Genshin Impact 3.4 Livestream release date. 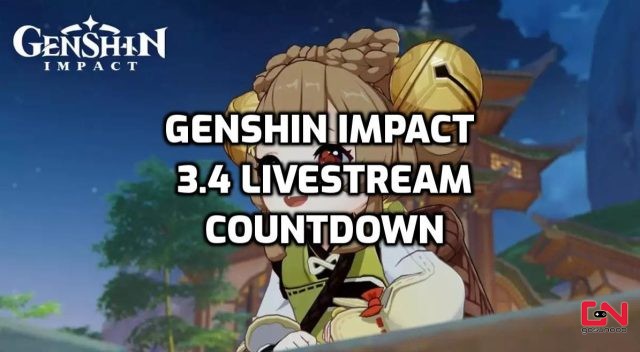 As Genshin Impact 3.4 update is inching closer, fans worldwide are eagerly awaiting the next special program to learn more about what we can expect in the version 3.4 update. HoYoverse has already officially teased two new characters, Alhaitham and Yaoyao, which will arrive in Genshin 3.4. Of course, that’s just the tip of the iceberg, as there’s much more to come. Tireless Genshin leakers were already able to data-mine various other details. The most significant leak is the new map expansion in the Sumeru desert. According to leaks, this new area includes the new Desert Sandstorm point of interest and the Sandworm Cave, which is rumoured to hide a new World Boss.

For now, this is all we know about the next Genshin update. And that’s why we are as excited as you are to watch the next special program and learn more. So, when is the Genshin Impact 3.4 Livestream release date? As usual, HoYoverse doesn’t announce Livestream dates upfront. Rather, they only confirm the date a few days prior to the stream. However, with the exception of the quarantine period, they have always had a strict schedule. And based on that cadence, we can safely assume when the next special program will be. It’s safe to say that the next Genshin Impact 3.4 special program Livestream will be held on Friday, January 6th, at 2 pm CET / 1 pm BST / 8 pm ET / 5 pm PT.