Genshin Impact 2.1 leaks point to a new playable character coming to the game – none other than the Raiden Shogun herself, Baal! Ever since the Inazuma region has been added to the game in 2.0, players have been in awe of the Electro Archon that rules it. Now, 2.1 beta users have confirmed that the Raiden Shogun will be a new playable character in the game. To help you prepare and plan out how you want to use her, we’ve put together this Baal The Raiden Shogun – New Genshin Impact 2.1 Playable Character guide. 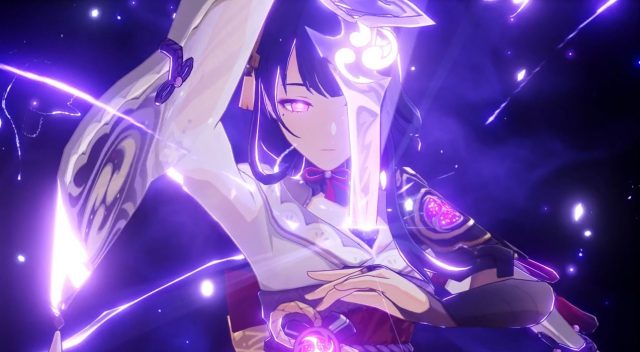 Everything We Know About Baal The Raiden Shogun: Skills, Talents, and Release Date

Also known as the God of Eternity, Baal is the suppressive ruler of Inazuma. She also serves as the primary antagonist of the current storyline there. Once 2.1 is released, players will be able to use add her as a playable character and enjoy unleashing her powerful Electro-based attacks. While the release date still hasn’t been confirmed, going by how previous updates were released, it will most probably be out on – or around – September 1st. We still don’t know much about Baal’s past, but what we do know is that she was not one of the original Archons who fought in the great Archon War. We will almost certainly get the chance to find out more about her past and motivations concerning her recent actions.

Baal’s Elemental Skill is: “Transcendence: Baleful Light is Raiden’s Elemental Skill, and upon casting it, will release a burst of Electro DMG around Raiden that damages nearby enemies. It will then grant the party the Eye of Stormy Judgement buff for 25 seconds. This buff is similar to Fischl’s Oz, as it will perform coordinated attacks with players dealing AOE Electro damage to enemies.” Her Elemental Burst talent is Secret Art: “Musou Shinsetsu activates upon casting, and Raiden will deal AoE Electro DMG and switch to the Musou no Hitotachi to attack for seven seconds. While in this state, Raiden will regenerate Energy for party members when she lands an attack on an enemy up to five times. This skill will deal more damage based on the stacks of Shogan Byakugen no Rin’s Resolve stacks, which can be gained by utilizing other party member’s Elemental Bursts.”