As part of the The Moon-Bathed Deep world quest, you will need to break the seal over the shrine for the Eye of Watatsumi. However, that’s easier said than done. Like many things in Genshin Impact, completing the objectives in this quest isn’t that hard – provided you know what you are doing. Otherwise, you can spend a lot of time fruitlessly trying out different things to see what works. Never fear, in this Break The Seal Over The Shrine Genshin Impact – Eye of Watatsumi guide, we will show you the fastest and most time-efficient way to solve this quest. 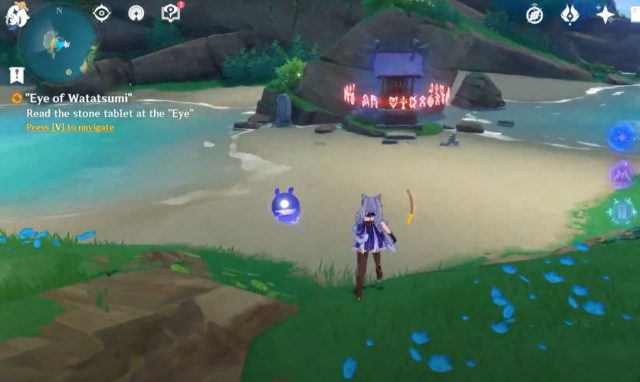 Break The Seal Over The Shrine Genshin Impact

The Eye of Watatsumi is located on a small island west of Watatsumi. When you have arrived here, go to the shrine and read the stone tablet at the Eye. You will then need to break the seal over the shrine. To accomplish this, use your Elemental Sight to find these seals. Note that only an Anemo character can break these. So, either use the Traveler, or one of the Anemo characters such as Xiao. In total, there are three seals that you will need to break. We have marked their location on the screenshot below.

The first seal is on the south end of the island. The second is on the northeastern end, next to the wreckage of the rowing boat. The third and final one is more complicated. Climb the big rock in the middle of the island. Use your Elemental Sight to guide you and drop to the side, at a small outcrop at the west end of the island. When you have broken all three seals with an Anemo character’s attacks, go back to the Shrine to obtain the Spirit Pearl. And that’s it for this part of The Moon-Bathed Deep world quest. 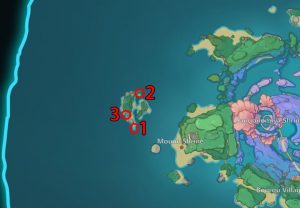