Now that Genshin Impact 3.3 is out, we have a new character to play with – the Wanderer. Of course, even though he is a new playable character, the Wanderer has been a part of Genshin Impact for a long while now, under a different name – Scaramouche. Previously a member of the Eleven Fatui Harbingers, he now travels with the Traveler. Since the question of identity is so important to the Wanderer, many players are wondering whether or not it is possible to rename the Wanderer to something else. The answer is – yes, you can indeed change the name of the Wanderer in Genshin Impact, and we’re going to show you how to do this. 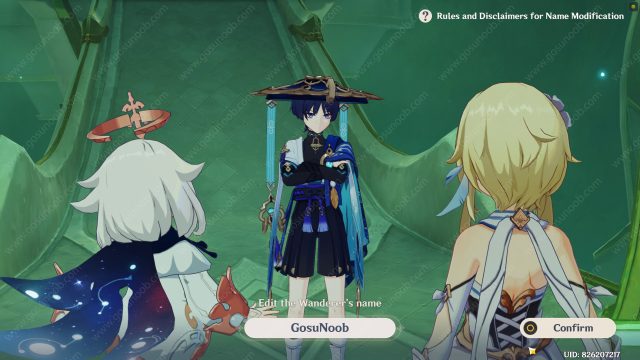 How to Change Wanderer Name in Genshin Impact

To change the Wanderer’s name to something else, you’re first going to need to do the Archon Quest Interlude Chapter: Act III – Inversion of Genesis quest As Though Morning Dew. Here, you will be given the chance to rename him. However, this comes with a couple of things that you need to be aware of. First, there are several names that he won’t agree to. These include his previous titles (Scaramouche, Balladeer, Kunikuzushi, and Kabukimono), the names of the Fatui Harbingers’, the Player Character’s Name or Paimon’s, Morax and Traveler. Also, no space is allowed in his new name. Which means that you can’t give him a name that consists of two parts, such as Billy Bob. If you try any of these, he will refuse to be named that.

Once you have renamed him to something else, you will be given a special new item called An Appellative Stroke. Using this item will allow you to change his name once more. However, once you have done that, you won’t be able to change it again. So be very careful when using An Appellative Stroke and think long and hard about what you want the Wanderer’s permanent name to be.

NEXT POSTVault of the Incarnates Raid Unlock Schedule WoW Dragonflight