Recently, Genshin Impact developer miHoYo decided to grace us with a very exciting new animation titled “Teyvat Chapter Interlude Teaser: A Winter Night’s Lazzo”. In this teaser, we saw the Eleven Fatui Harbingers. This group is dedicated to enforcing the will of the Tsaritsa – the Cryo Archon and ruler of Snezhnaya. You already know some of these characters, such as Tartaglia and La Signora, but we were introduced to a new character called Columbina. This character, also known as Damselette, appears very intriguing and she will definitely have an important role in the game in a future update. If you are interested in learning more about Columbina the Harbrinder in Genshin Impact, we are going to explain everything currently known about her right here. 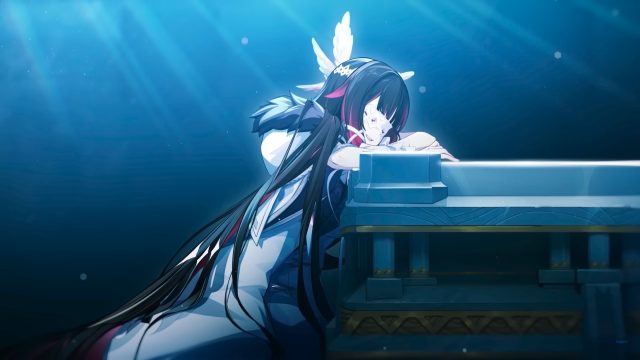 Columbina is the third of the Eleven Fatui Harbingers. Since these characters are ordered according to their strength, her being the third in line means that she is very powerful indeed. All of the Fatui Harbingers are named after stock characters from Commedia dell’arte, and Columbina is no exception. This type of theatre originated in Italy, and it is known for its character types. Columbina, for example, translates to “Little Dove” and in these plays, she usually represents a female servant with a sharp intellect.

According to prominent (and typically trustworthy) Fortnite leakers, fellow Fatui Harbinger member Tartaglia (aka – Childe) has this to say about Columbina: “The Fatui Harbingers are ranked by strength, and I have no idea why that girl is number three, I’d test my skills with every Harbinger who ranks above me if I had the chance, but when it comes to her… something just doesn’t feel right. Anyway, you should be careful around her.” This highlights not just her power, but also the mystery surrounding her. We hope that we won’t have to wait too long until the truth about her is revealed.