The release date for Genshin Impact 2.1 is almost here, and its patch notes show that it will be chock-full of new characters, weapons & islands. As with every Genshin update, there will almost certainly be some surprises that developer miHoYo are still keeping under wraps, but in this Genshin Impact 2.1 Patch Notes Release Date – New Characters, Weapons & Islands guide, we will go over everything currently known – and confirmed – about the 2.1 update. So, let’s dive right into it! 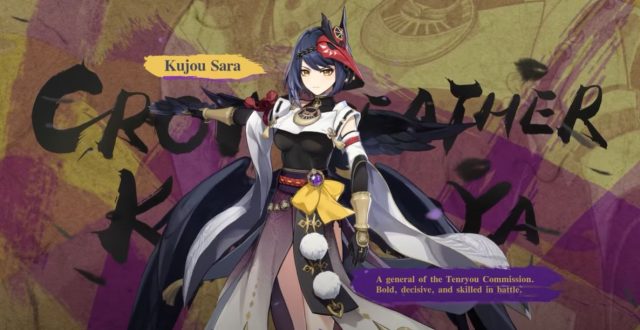 The 2.1 update will arrive September 1st, at 06:00 (UTC+8), and it’s estimated that it will take around five hours to finish updating. A lot of new things will be added in this update. Odds are that you’ve already heard about the upcoming fishing system (you can read all about this in our Genshin Impact Fishing guide), but apart from this new mechanic, you will finally be able to visit two new islands in the Inazuma region. These are Seirai Island and Watatsumi Island.

Naturally, we will also be able to play as several new characters. These include the powerful Raiden Shogun, a 5-star polearm electro user. The description for this character states: “Her Excellency, the Almighty Narukami Ogosho, promised the people of Inazuma an unchanging eternity.” The second character is Kujou Sara, a 4-star electro bow wielding general of the Tenryou Commission. Sangonomiya Kokomi, a 5-star hydro priestess of Watatsumi Island, is the third character. And, finally, we have Aloy – from Horizon Zero Dawn. She is a 5-star Cryo bow warrior.

New weapons are also in, four of them, in fact. These are: Engulfing Lightning (a 5-Star Polearm), Everlasting Moonglow (a 5-Star Catalyst), Luxurious Sea-Lord (a 4-Star Claymore), and “The Catch” (a 4-Star Polearm). This is just a broad overview of the most important additions coming to Genshin Impact 2.1. Naturally, we will keep you posted with new guides and news as soon as it releases on September 1st.

PREVIOUS POSTFind the Source of the Bees – Psychonauts 2